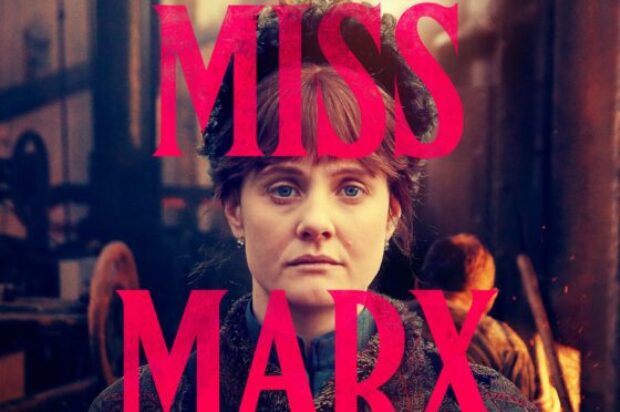 MISS MARX is a biopic about the bright, intelligent, passionate and free Eleanor Marx (played by Bafta and Golden Globe nominated performer Romola Garai, Suffragette, Atonement), the youngest daughter of Socialist Revolutionary Karl Marx. Among the first women to link the themes of feminism and socialism, she takes part in the workers’ battles and fights for women’s rights and the abolition of child labor in London. In 1883 she meets Edward Aveling (Patrick Kennedy, The Queen’s Gambit) and her life is crushed by their passionate but tragic love story.

MISS MARX is written and directed by Award-winning filmmaker
(Nico), known for her unconventional filmmaking style. Susanna created the film as a timely reminder of the inevitable difficulties and contradictions that are extremely relevant to many aspects of our times today. Susanna says,
“Eleanor Marx’s story, with its incongruity between public and private life, gives us an insight into the complexity of the human soul, revealing the fragility of our illusions and the deadliness of certain romantic relationships. Telling Eleanor’s life story is an opportunity to discuss topics that are so modern that they can still be called revolutionary today, a century and a half later”.
Susanna adds; “Since I am deeply convinced of the modernity of this story, I tried to keep a distance from the traditional period film style. My idea was to confront the genre of the period film by working on its clichés to overturn them. I wanted to avoid the tone of the positive, uplifting emancipation tale, deconstructing instead the profound contradictions of this narrative”.

MISS MARX premiered in Australia at the 2021 British Film Festival and received eight Awards internationally, including 3 Awards at the 2020 Venice Film Festival.