film review Peter Gray Steven Spielberg The BFG by Caroline Russo | on June 28, 2016 | 0 comments | in Film Release & Reviews | Like it 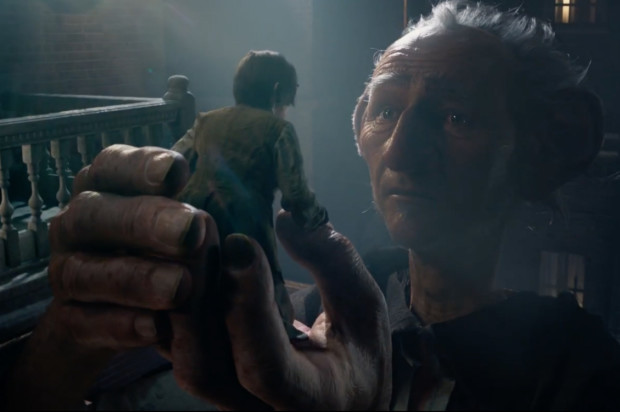 Director Steven Spielberg has never been afraid to embrace the wholeheartedness that comes with a family-friendly PG rating, but even by his standards ‘The BFG’ is spectacularly wholesome, perhaps a little too much so for today’s young audience who are prone to a savviness beyond their years. It’s a syrupy tale, one that sadly might not connect with kids the same way it may have a decade or two ago, but there’s really nothing wrong with some corny sweetness at the end of the day, and it can’t be denied how glorious the film looks.

Faithfully adapted from the Roald Dahl tale by the late Melissa Mathison (screenwriter to such family films as ‘E.T.’ and ‘The Indian in the Cupboard’ to which the film is dedicated in her honour) ‘The BFG’ is ultimately a fairy-tale pushing its own message on the value of friendship. It won’t sit as one of Spielberg’s finest works but his passion for the material is evident, and it’s hard not to be charmed by it all – even when you’re above the adolescent age this film is so obviously targeting with its imaginative attitude.

Wasting no time in setting the story up, we are quickly introduced to bookworm orphan Sophie (Ruby Barnhill) whose late night ritual of cleaning up after her dormitory headmistress leads her to spot the rather miraculous sight of a roaming giant (Mark Rylance) on the streets outside. Not wanting to risk the young girl running her mouth off about the existence of his kind, he kidnaps her and sprints off to Giant Country, a picturesque valley akin to Middle Earth where he resides with his fellow giants. Dubbing him BFG (Big Friendly Giant) due to his warm demeanour, Sophie fast becomes his best friend, leading the film towards a rather visually pleasing sequence where she accompanies him on his nightly quest to (literally) capture and release dreams.

As friendly as BFG is, the other inhabitants residing in Giant Country aren’t nearly as accommodating with their kind decidedly on the pro side when it comes to eating children. Led by the bullying Fleshlumpeater (Jemaine Clement) these giants fill the villain quota acceptably for a children’s film, but they are ultimately not nearly as terrifying as they want to be. Similarly, given that the recent spate of children-aimed films have all been considerably well received by older audiences due to their level of sophistication and wit (‘The Jungle Book’, ‘Zootopia’ and ‘Finding Dory’ to name the most prominent) ‘The BFG’ comes off far too safe with silly-sounding words and a duo of sequences relying heavy on fart-jokes to evoke laughter.

But this is a children’s film after all, and a rather old-fashioned one at that, so a little juvenile humour ultimately goes a long way, and when the film is such a gorgeous film to look at, you can forgive its mentality. The motion-capture work on Rylance, Clement and the remaining giants is extraordinary with every nuance of their face gloriously detailed. It also helps that the performances themselves are impressive with Rylance – who was so beautifully minimalist in his Oscar-winning turn in ‘Bridge of Spies’ – bringing BFG to life in the most spectacular fashion. His eyes are the kindest on-screen and I dare anyone to not positively react to Rylance’s endearing child-like smile. On her end young Barnhill is precocious enough without over-stepping her boundaries.

Though it’s unlikely ‘The BFG’ will become a staple title in the Disney catalogue, there’s an essence to the film that will resonate with a susceptible audience.