Clancestry, A Celebration of Country returns to QPAC in 2014. 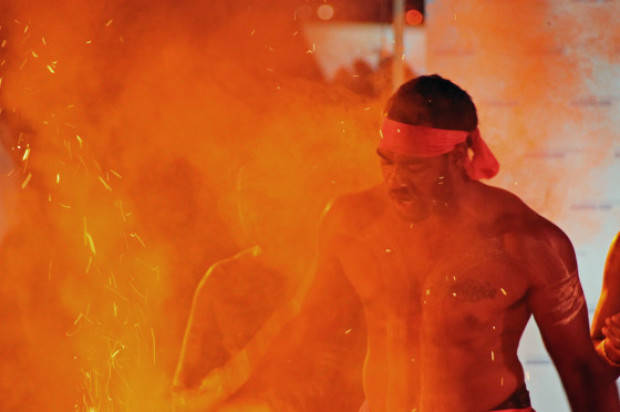 Clancestry, A Celebration of Country returns to QPAC in 2014.

The Queensland Performing Arts Centre (QPAC) has today confirmed the 2014 dates for the centre’s highly successful festival, Clancestry, A Celebration of Country.

Running from Tuesday 18 to Sunday 23 February 2014, across the Cultural Precinct, on the Cultural Forecourt and in the Courier Mail Piazza, South Bank and around QPAC, the 2014 festival will feature a conversation series and key events during the week, culminating in a weekend full of FREE performances, a family day, workshops and markets.

Arts Minister Ian Walker said he was proud to see Clancestry, A Celebration of Country return in 2014.

“Clancestry celebrates arts and cultures of the world’s First Nations Peoples with a focus on Aboriginal and Torres Strait Islander peoples,” Mr Walker said. “The inaugural event in February this year attracted more than 10,600 people.

“I am delighted to announce that Clancestry, A Celebration of Country will receive $50,000 in funding from Arts Queensland’s Backing Indigenous Arts initiative to support the Clancestry Family Day, with free activities and a family-friendly community performance program as part of our commitment to Arts for all Queenslanders.”

QPAC Chief Executive John Kotzas said the 2014 festival will be accessible to all, featuring local cultural groups, emerging artists and nationally significant artists yet to be announced, with the full program FREE for audiences.

“The first Clancestry featured a comprehensive program that put Aboriginal and Torres Strait Islander culture in the spotlight.

“Our vision for Clancestry is that in time it will grow to incorporate participation from First Nations peoples from around the globe. We will see the beginning of this in the 2014 program”.
“Through Clancestry we want to encourage the continuation of a deeper connection, two way communications and a high level of engagement between the wider Queensland community and our first nation’s people”, said Mr Kotzas.

The 2014 Clancestry, A Celebration of Country festival will see more collaboration across the Cultural Precinct and South Bank and will see some big names working with QPAC to ensure the event is not only entertaining but also focused on cultural preservation and education.

Clancestry, A Celebration of Country runs from 18 to 23 February 2014, across the Cultural Precinct, the Cultural Forecourt and The Courier Mail Piazza, South Bank and around QPAC. The full festival line up is yet to be announced, for more information visit http://www.qpac.com.au/clancestry/.