Annie Lennox Colin Farrell STOPAIDS The Elizabeth Taylor AIDS Foundation by Caroline Russo | on October 13, 2015 | 0 comments | in Whats the Buzz | Like it The Elizabeth Taylor AIDS Foundation (ETAF) STOPAIDS, and Actor Colin Farrell hosted an event at Getty Images Gallery last night to announce a unified commitment to achieving the UNAIDS 90-90-90 goal in Malawi’s Mulanje District. The ambitious yet achievable 90-90-90 target conceived by UNAIDS calls for rapid scale-up of proven HIV interventions so that by 2020, 90% of people living with HIV are diagnosed, 90% of those diagnosed begin treatment, and 90% on treatment worldwide reach viral suppression. Targeting the hardest-hit, least supported and most difficult-to-reach communities is vital to reach this goal.

As part of the global push to fast-track the end of the AIDS epidemic, ETAF, STOPAIDS, and allied organizations called for additional funding and services to achieve 90-90-90 in Malawi’s rural southern Mulanje District. Mulanje is a remote area with inadequate health infrastructure, extreme poverty, and an adult HIV prevalence of 17% – approximately 70,000 individuals living with HIV – making it one of the worst afflicted regions in the world. 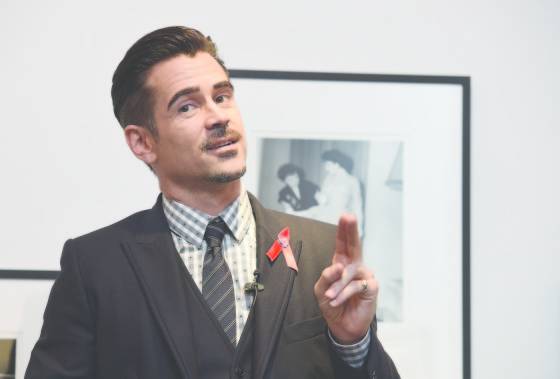 The extraordinary efforts of healthcare workers and the Malawi Ministry of Health, supported by many organizations and funders working in country including ETAF and the Global AIDS Interfaith Alliance (GAIA), have contributed to a reduction in HIV prevalence from 20% to 17% in the Mulanje District since 2004. Now, ETAF is challenging and calling for more partners to join a coordinated new surge of mutually reinforcing strategies to achieve 90-90-90 in Mulanje District under the leadership of the District Health Office.

The new Elizabeth Taylor Grit and Glamour photo exhibit at the Getty Images Gallery served as the backdrop at the event, featuring images that spanned decades of her career as an actress and activist. Colin Farrell opened the evening welcoming guests and honoring the late Elizabeth Taylor noting, “three weeks ago marked the 30th anniversary that Dame Elizabeth began fighting the then new epidemic—AIDS.” He went on to share with guests that it was Ms. Taylor’s idea to implement a mobile health system in Mulanje, specifically because of the chronic lack of access to healthcare and the great need for HIV/AIDS testing, treatment, and prevention methods in the region. 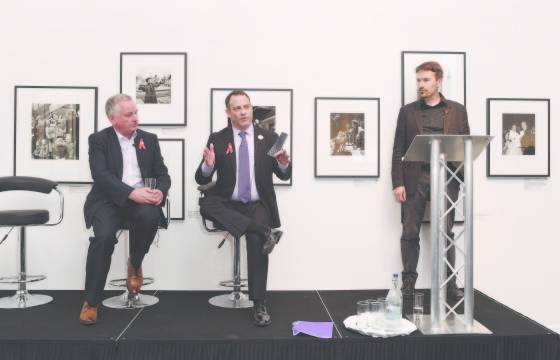 Speakers including Lord McConnell of Glenscorrodale, First Minister of Scotland 2001-2007, and architect of the Scotland-Malawi Co-operation Agreement and Joel Goldman, Managing Director of ETAF went on to urge support for a united coalition to scale up testing and treatment funding and prevention programs in Mulanje District.

Singer/songwriter and UNAIDS Goodwill Ambassador Annie Lennox closed the program, thanking the organizations in the room for their commitment to achieving the UNAIDS 90-90-90 goal in Malawi. She said, “Worldwide, AIDS is the leading cause of death among women of reproductive age and the leading cause of adolescent death. Last year alone, 2 million people were newly infected with HIV – over a million people died and a quarter of a million babies were infected. As a woman, mother and global citizen, I am appalled by these horrific facts and as the years go by, I still don’t honestly think that the world has fully grasped the scale of the devastation AIDS has wreaked upon the lives of women, girls and young people in general.” 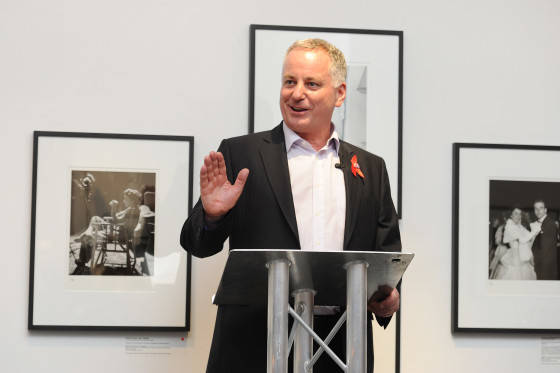 After the event, Michel Sidibé, Executive Director of UNAIDS shared his sentiments about the announcement. “Activism, optimism and dedication have brought people living with HIV to the centre of the response, given a voice to the voiceless and enabled 15 million people to have access to lifesaving treatment. I am inspired to see so many countries and partners, like The Elizabeth Taylor Foundation, uniting around UNAIDS Fast-Track targets to ensure that together we end the AIDS epidemic by 2030,” said Sidibé.

Speaking at the event, Lord McConnell said, “It’s great to see increasing political momentum behind HIV / AIDS, but just because we’re travelling in the right direction doesn’t mean we can take our foot off the pedal.” 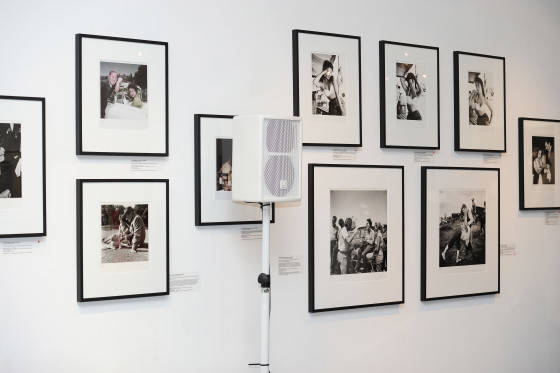 Joel Goldman concluded by saying, “The tide of the HIV / AIDS epidemic is turning. In Malawi and other countries, deaths are down, prevalence is falling, and new infections are reducing. But now it’s time for a knockout punch – and we all need to work together to achieve it.”