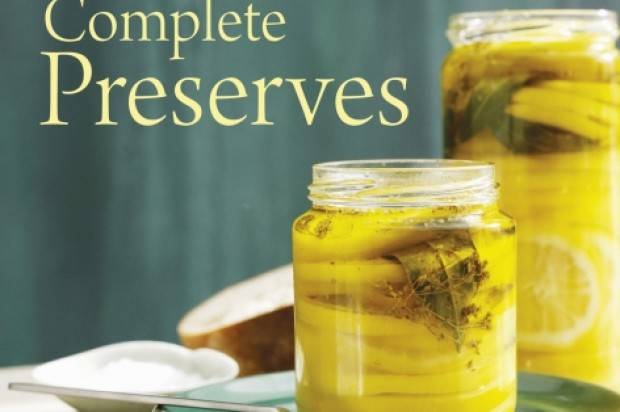 It’s a relatively safe bet that most of us know someone who’s falling in love with the good old days of the culinary DIY. There’s a reason mason jars are making such a comeback, and it’s not just because they’re adorable as glassware and serving dishes. Preserve making, whether it’s jams, jellies, relishes, or sauces, has become a popular skill to master.

As with learning any new skill, it helps to have someone to learn from who knows exactly what they’re doing. For an ever-growing number of home cooks, Sally Wise is the go-to guru for turning produce into beautiful, wholesome food and drink. Wise is a bestselling author, teacher, and presenter who has dedicated her life to the pursuit of good, fuss free cooking. When she’s not writing, or busy running her cooking school in the Derwent Valley, she’s presenting on ABC Radio Tasmania, and speaking at community events.

While Complete Preserves is Wise’s latest title, it’s actually a merging of two of her bestselling titles; A Year in a Bottle, and Out of the Bottle. Normally I’m not a fan of repackaging books, but here, bringing together these two books works really well. A Year in a Bottle is an easy to follow introduction to choosing produce and using it to the best effect in a range of sweet and savoury preserves.

What I love about Classic Preserves is that the second book, Out of the Bottle is a collection of recipes telling you how to use up all of the preserves you’ve tried to make. If you’ve ever gotten overexcited about trying to make jam, you’ll know that there’s only so many jam drops you can really force onto those around you before they rebel.

When my housemate saw this book on the table, I have to admit she panicked that she was about to be inundated with jars of strawberry jam. Though all of the favourites are represented, Wise takes the idea of preserves beyond the typical strawberry and raspberry-laden affairs, and jumps into pickled savouries you might not have considered, such as walnuts and zucchini. Wise’s aim is to help cooks find uses for seasonal foods beyond the obvious.

It’s only in recent years that we’ve stopped working to use all of the food we buy, and to make it last as long as possible. The ability to buy produce sourced globally has lessened the need to preserve produce for use when it’s unavailable. But as the cost of living continues to rise, perhaps there’s wisdom to the notion of using as much as possible, in as many ways as possible, rather than throwing it out at the end of the week.

A warning, though. While the majority of modern cookbooks have a barrage of perfectly styled imagery to showcase how every recipe will look, Wise has opted not to include images. Though the cover, and the recipes are quite modern, there’s a nostalgic sense of exploring your grandparent’s old cookbooks, able to imagine what certain foods will look like rather than having everything shown in minute detail. Without pictures taking up half of the available space, it feels like you’re getting a lot more recipes for your money.

For those new to cooking, the lack of pictures can actually be quite useful. For me at least, not being able to see what a dish ‘should’ look like makes me feel far less nervous when my first attempt doesn’t match up with the overly styled images in the book. Honestly, though my initial attempts at new recipes mostly taste great, it’s scary how rarely I can make recipes look like they’re apparently supposed to. As a recovering perfectionist, the lack of images means that whatever tastes good is right, regardless of whether the chutney looks pale or not.

The recipes in Classic Preserves are simple enough that a novice at jam making can feel confident in trying them, and contain few if any ingredients that are difficult to source. If you’ve always wanted to try making your own preserves, but have been overwhelmed by the modern habit of making recipes more hoity-toity than needed, this is a wonderful place to start to re-find your love of simple cooking.

Classic Preserves is published by Harper Collins and ABC Books, and is available through Harper Collin’s website, the ABC shop, and other leading bookstores nationwide. The individual cookbooks are also available on iTunes and Kindle. 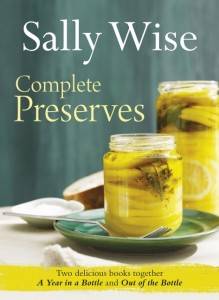 Rating: 3 and a half Stars
Genre: Cooking