Concerts Tickets and CD’s Give Away for :GLENN SHORROCK AND BRIAN CADD 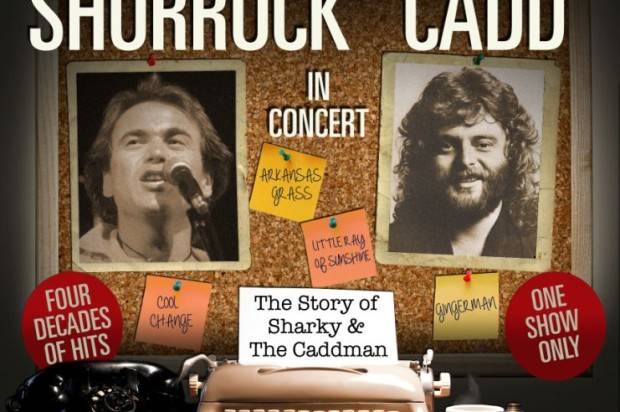 HUSH HUSH BIZ PRIZE GIVE AWAY COMP.
GLENN SHORROCK AND BRIAN CADD have reunited on stage for an Australian tour.
TOURING SOUTH QLD – MARCH 2014 at the venues below.

Thanks to the touring company we have

To win these great tickets, and CD’s at each venue they play on the night in Ipswich March 9th , and Caloundra March 7th , and Toowoomba March 8th. Send your details to be in the chance to be in the draw with your ………..
NAME …
PHONE NUMBER
ADDRESS
SEND TO……….. [email protected]

The comp will close on March 1st 2014 and the winners will be notified. This is not one to be missed if you were a fan of their music as you will be taken back in time over the past 4 decades with a smorgasbord of timeless smash hits from their past supergroups The Twilights, The Groop, The Bootleg Family, Axiom andLittle River Band. Such as: Little Ray of Sunshine, Reminiscing, Ginger Man, Arkansas Grass, Cool Change, Help is on its Way, Don’t You Know its Magic and many more.

Shorrock and Cadd are Australian Musical icons – both known for their incredible song writing and performing talents. They first collaborated in 1969 when they formed AXIOM an Australian ‘supergroup’ designed to take on the English Market. Through AXIOM they had huge Australian hits including Arkansas Grass, A Little Ray Of Sunshine and My Baby’s Gone.