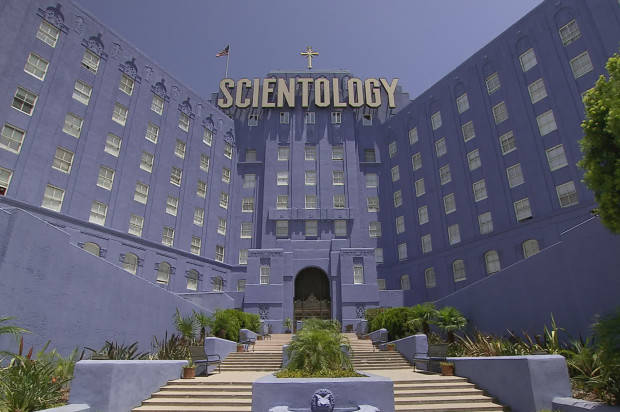 Content Media announced today that it has acquired international sales rights to Alex Gibney’s much anticipated Scientology documentary “Going Clear: Scientology and The Prison of Belief”. The film will have its world premiere at the Sundance Film Festival this month.

Academy Award® winner Alex Gibney (“Taxi to the Dark Side”) wrote and directed the film based on the book by Pulitzer Prize-winning author Lawrence Wright. Gibney profiles eight former members of the church of Scientology, whose most prominent adherents include A-list Hollywood celebrities, shining a light on how the church cultivates true believers, including their experiences and what they are willing to do in the name of religion.

The powerful new film highlights the Church’s origins – from its roots in the mind of founder L. Ron Hubbard to its rise to popularity in Hollywood and beyond. The heart of the film is a series of shocking details by former insiders, including high-ranking and recognizable members such as acclaimed screenwriter Paul Haggis (“Crash”), as they describe the systematic history of abuse and betrayal by Church officials, including the current leadership of the church. A provocative tale of ego, exploitation, and lust for power, “Going Clear: Scientology and The Prison of Belief” premieres on Sunday January 25th at the 2015 Sundance Film Festival.

HBO has US television rights to “Going Clear” and is eyeing a March 16, 2015 airdate for the documentary.

Campfire, one of Content’s other partner companies, will also attend Sundance with Rodney Ascher’s THE NIGHTMARE, which screens in the Midnight section.

CREDITS – “Going Clear: Scientology and The Prison of Belief “

Content Media Corporation Ltd is a London and LA based private company that owns and distributes a significant library of film, television, and digital assets.

The Company’s library of rights includes over 4,000 hours of television programming, 200 hours of digital programming and 275 feature films.

Content Media recently closed a multi-faceted deal with Bruno Wu’s Beijing-based Seven Stars Entertainment and Media, Ltd., in which Content acquired the Alive Group of companies allowing Content to distribute its extensive library of film and television rights through the Alive Group to the Chinese market, as well as a direct equity investment by Seven Stars into Content

Jigsaw Productions is home to director Alex Gibney, one of the most important and provocative documentary filmmakers working today. As such, the company has produced some of the most acclaimed documentary films in recent years, including the Academy Award®-winning “Taxi to the Dark Side,” the Oscar® nominated “Enron: The Smartest Guys in the Room,” the multiple Emmy Award-winning “Mea Maxima Culpa: Silence in the House of God,” Showtime’s Emmy-winning “History of the Eagles,” and the Sundance-premiering “We Steal Secrets: The Story of Wikileaks.” More recent releases include “Finding Fela,” a film about Nigerian Afrobeat musician and activist Fela Kuti, and “Mr. Dynamite: The Rise of James Brown,” which garnered record audiences this fall on HBO. Upcoming projects include a four-hour documentary about Frank Sinatra for HBO.