Cannes Cannes Classics Cannes Film Festival film Steve McQueen by Caroline Russo | on May 1, 2015 | 0 comments | in Film Festival | Like it 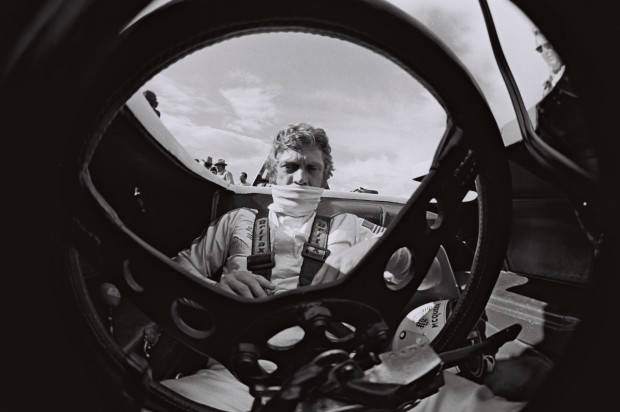 Content Media will arrive in Cannes with one of the hottest (and by its nature, the coolest) documentaries, as it was revealed today that ‘Steve McQueen: The Man & Le Mans’ has been officially selected by Cannes – World Premiering in the Festival’s popular Cannes Classics section.

‘Senna’ meets ‘Bullitt’ in ‘Steve McQueen: The Man & Le Mans’ – an extraordinary, moving, white-knuckle drive with one of the greatest movie stars of all time, and the film that almost destroyed him.

By 1970, Steve McQueen ruled Hollywood. Hot off the back of classics ‘The Magnificent Seven’, ‘The Great Escape’, ‘The Cincinnati Kid’ and ‘The Thomas Crown Affair’, McQueen made an indelible mark as the maverick cop in ‘Bullitt’ – the movie that made car chases a staple of the movie industry. He was at the top of his game, commanding respect and wielding power; securing a six-picture deal with Cinema Center Studios which allowed McQueen to work for himself, choose his own material and reap the benefits.

And at last he could make the film that had been his passion for the best part of a decade. McQueen was a racing fanatic, and his film would center around the greatest test of driving skill in the world – a 24-hour race in France called LE MANS.

And so began a life-changing 6 months for McQueen, both on set and off it. In the middle of filming the most dangerous car race movie of all time, legendary director John Sturges quit, McQueen’s marriage fell apart and his company was on the brink of bankruptcy; and all the while he was in constant fear for his life after learning that he was on the top of Charles Manson’s ‘death list’.

The film interweaves original insight and revelation with a remarkable sound archive – as well as hours of never-before-seen film that has remained untouched in basements and garages in Paris and LA. THE MAN & LE MANS takes the viewer inside the mind of this driven, complex movie idol as he fought to save his film – set to the soundtrack of his own voice.

Content Media has grown accustomed of late to bringing the most topical and buzzworthy documentary features to market. Also on the company’s slate are the hit HBO documentary ‘Going Clear: Scientology and The Prison of Belief’ from Academy Award® winning director Alex Gibney, which was the network’s most watched documentary premiere in a decade, drawing nearly two million viewers on one night; Alex Winter’s ‘Deep Web’, narrated by Keanu Reeves, which chronicles the 2013 arrest of Ross William Ulbricht, the 30-year-old entrepreneur alleged to be “Dread Pirate Roberts” — founder of Silk Road, the notorious online black market best known for drug trafficking and the trade of all illegal goods and services; and Rodney Ascher’s acclaimed horror documentary ‘The Nightmare’.