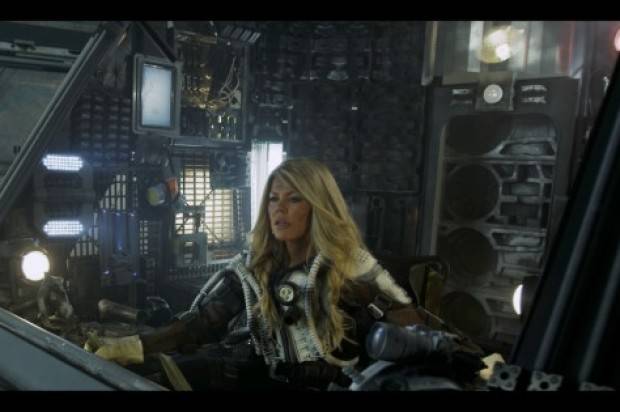 Tracey Birdsall, who’s visiting Australia due to her press tour for her latest sci-fi film Rogue Warrior: Robot Fighter, gives us an insight into the beginning of her acting career and how she is diving more into the sci-fi scene where she plays the lead, directed and co-produced her latest film alongside fellow director/producer Neil Johnson. We’ve managed to speak with Tracey on film, as well as a Q & A.

What attracted you to be in the industry?

“I’ve been in the industry basically my whole life. I worked in a bikini store when I was a teenager and I did the print work for them while I pursued my acting career which started off professionally when I was 15. Since then I’ve been in the industry, and I [always] look for open doors. I never have more than one commercial on the air at a time because it helps people remember you (God I love that thunder!). I have to say my favourite thing is this science fiction stuff – it takes so many things of your personality, your physicality, your imagination and it’s a true challenge. Everything you do is so demanding and I love challenging myself.”

You talk about the physical aspects of the job, what’s the secret to staying fit and disciplined?

“I think you have to work on it all the time. It’s like a tool in your tool belt, sometimes you’re more fanatic about it than others, but you never let anything slip too far just like anything else. I stay fit, I eat right, I work out at the gym with a trainer. I’ll let it go in between projects… but you have to be very dedicated.”

Doing what you’ve done so far in the industry, how tough have you found it to be?

“I don’t quite remember the beginning, but i knew my whole childhood that I was going to be an actress. I studied theatre with all the best teachers. But yeah, it’s harder than you can ever imagine. Not the actual work, but the pursuing work part is very difficult until you hit a wave. I’ve had a couple of waves in my life, and the wave I’m on right now I’ve been on for about two and a half years. It’s when the work comes to you. The process to get on the wave, there’s not really any good advice to give to anybody, but it’s much harder than a full time job. You have to really be ready when you get your opportunity because each opportunity leads to your next opportunity.”

How important is it to have the best teachers/training?

“In LA, there’s a million acting teachers. People show up in LA and they start with the most accessible ones that everyone is talking about, and those aren’t necessarily the best. You need to find out from the agencies who the best are. The coach I’ve worked with now whom I’ve only worked with a couple of times in the last year and a half, Margie Haber, also coaches Halle Berry and others. I take all the different methods that I have studied and incporate them when working with Margie who teaches you to become your character. This is when you’re not acting anymore, you’re being. That’s what makes all the difference and that’s what makes all the scripts come in.”

“I’m very good at complex detail oriented things. I love the post production process, the marketing process and the nuts and bolts of the whole thing. For Robot Warrior, I’m co-producing it with Neil Johnson. Although as soon as we start shooting it, Neil is producing as my character goes on such a journey that I need to focus on that. You also want to make sure the actors are good in it and with Robot Fighter there is a really amazing cast.”

Tell us a little bit more about the project [Rogue Warrior: Robot Fighter]? 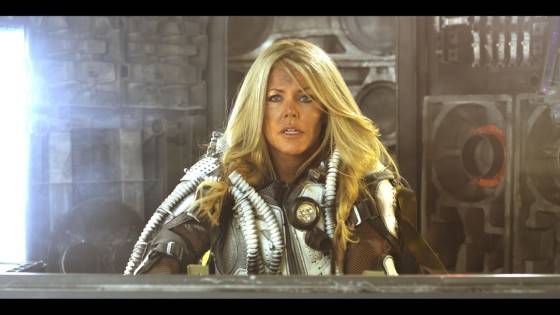 “We’re in post-production on it now and we hope it’ll be done in a few months. It’s a film set in the near future about humanity being overthrown by artificial intelligence. I grew up loving robotics I still love robotics. Basically they’re overtaking multiple worlds and we need to set out and try and stop that. If you look at how dependent we are on machines, it’s something that could be a reality. It’s like Star Wars meets Mad Max. There’s a lot of fighting, explosions and venturing through space. It’s very character driven, with each character having their own journey which was why casting was so important. The first time we did a press tour here in Australia we did some shots with Brisbane and the robots in it.”

How many people are in the cast and what was the budget?

“I can’t really mention the budget (laughs) but I can tell you it was in the low millions. We had Daz Crawford who was in Agents of Shield and one of the James Bond movies, Livvy Stubenrauch who was Young Anna in Frozen, Tim McGrath who is working on the new 10 Things I Hate About You Movie and then we had Aaron Jacques who grew up in the industry. We also have Stephen Manley who is known for his role in Star Trek 3. We tried to stay away from science fiction actors because we didn’t want anyone with preconceived notions of sci-fi films, we wanted a movie with real actors.”

Is it true you filmed a lot of this where the Stars Wars movies were filmed? 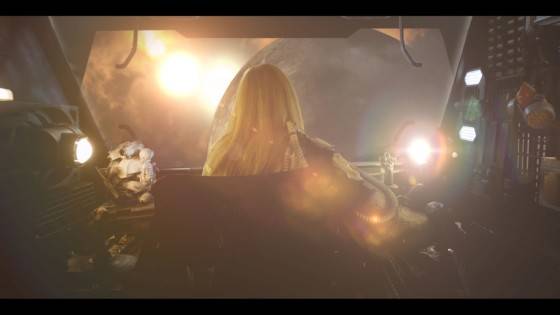 “We shot in Arizona where they shot The Return Of The Jedi and that was really amazing. We then shot in the Trona Pinnacles which is one of the places where Star Trek and the Planet of the Apes was shot. It was gorgeous. We tried to go anywhere that looked like another world and we very much succeeded in that.”