COPPERLINE country music NEXTYEAR by Caroline Russo | on November 12, 2019 | 0 comments | in Music | Like it 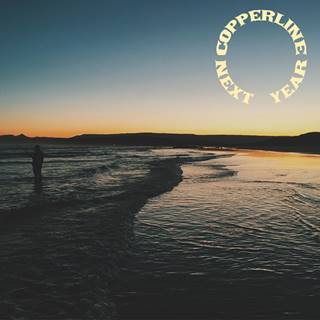 Copperline’s release of their single ‘Next Year’ is the perfect way to end this one. It’s a song about the great Australian tradition of packing up and heading for a sleepy town where summer never ends, about leaving all your worries for next year.

‘Next Year’ is the latest single taken from Copperline’s debut album Rusty Fords and Weatherboards, which they’ve been busy playing to friends old and new out on the road. Forget next year for a moment – this year has seen the band feature at the Blue Mountains Music Festival and the Country Rocks Under the Stars Festival in Braidwood.

Speaking about ‘Next Year’, aptly named lead singer Brad Christmas said the track is ‘a nostalgic look at the simple things we look forward to during that week between Christmas and New Years. We’d pack the surfboards and fishing rods in the car and leave the rest of it behind.’ The lyrics are packed with vivid imagery, like jacarandas blooming and the southern sun turning their skin to bronze. It’s no wonder Copperline have picked up two nominations at the Australian Songwriter’s Association Awards.

The single was produced at Soundhole Studios by Shane Nicholson, who has worked with artists including Alex Lloyd, Tori Forsyth and Ben Leece. The laidback atmosphere makes the single the perfect soundtrack for a summer road trip when one can ‘wind the windows down and watch the white lines lead the way’.

Speaking of next year, the boys have lined up performances at the Tamworth Country Music Festival in January 2019. And to steal a golden line from Copperline, that’s a reason to believe in next year. Get a ticket before – one more stolen line – it’s come and gone just like a tide.