Could Steve Carell make it as the next Wiggle?

MINIONS Steve Carell wiggles by Caroline Russo | on June 14, 2022 | 0 comments | in Entertainment | Like it 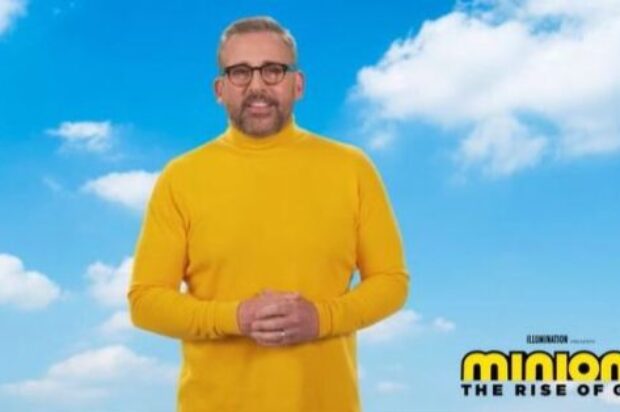 To celebrate the release of Illumination’s Minions: The Rise of Gru (in cinemas 23 June), Oscar nominee Steve Carell, who voices Gru, the world’s greatest supervillain, in all the Minions and Despicable Me films, teams up with – or rather, tries to team up with — none other than much loved Aussie icons The Wiggles!

Minions: The Rise of Gru tells the origin story of how a 12-year-old Gru first met his iconic Minions, forged cinema’s most despicable crew and faced off against the most unstoppable criminal force ever assembled. Growing up in 1970s suburbia, Gru is the devoted fanboy of the supervillain supergroup, the Vicious 6, so when they oust their leader, Gru interviews to become their newest member. It doesn’t go well.

So, in that spirit, Steve Carell reached out The Wiggles asking to join the skivvied squad as their newest member. Just like in the film, though, his audition does not go to plan. Luckily, Steve, like his character, is determined to prove to The Wiggles that he has what it takes. The exclusive content piece is packed with all the mischievous Minions joy and mayhem that has made it the biggest global animated franchise in history.

Founding member of The Wiggles, Anthony Field said, “It was so much fun filming with Steve, and we’d welcome him as an honorary Yellow Wiggle anytime! He knew all the words to our songs, and we’re big fans of Illumination’s Minions, but we might have to have a word about his allergy to fruit salad!”