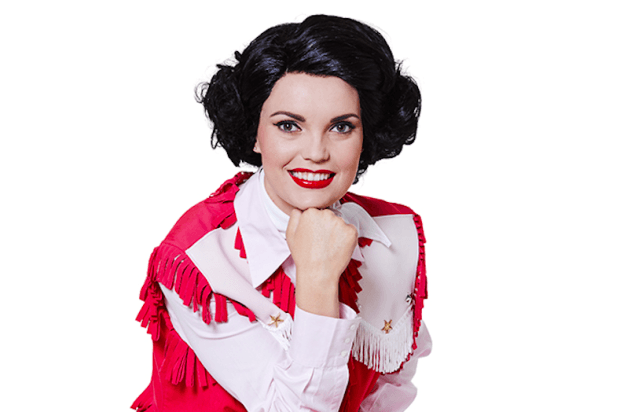 More than just a tribute to the legendary country singer, Always…Patsy Cline is based on the true story of Cline’s long-term friendship with a fan. The musical play, complete with country humour, includes 27 of Patsy’ unforgettable hits such as Crazy, I Fall to Pieces, Sweet Dreams and Walking After Midnight.

Louise Seger befriended the star in a Texas honky-tonk in 1961, and continued a correspondence with Cline until her tragic death. The show’s title was inspired by Cline’s letters to Seger, which were consistently signed ‘Love ALWAYS… Patsy Cline.’

Taking on the role of Patsy is award-winning country music artist, Courtney Conway. Courtney graduated from the College of Country Music in Tamworth, then burst onto the country music scene with her debut EP A Few Little Things. She won Best New Talent at the 2011 National Country Music Awards and was nominated for multiple awards at the 2015 Country Music Channel Awards. Courtney recorded her first album 21 Days in Nashville, which reached the Top Ten in the 2014ARIA Australian Artists Country Albums Chart.

Courtney says, ‘I’m so excited to be playing one of my idols. Patsy had so many beautiful, classic songs and they are really showcased in this wonderful show.’

Courtney has spent significant time researching Patsy in readiness to take on the role, including travelling to Nashville. ‘I recently visited the Ryman Auditorium in Nashville, Tennessee, which was originally the Grand Ole Opry where Patsy Cline performed from 1960 until she tragically passed away when she was 30. This is also where Always…Patsy Cline premiered in 1994,’ says Courtney.

‘Patsy was quite the character. She was very funny. I’ve gone through some of her letters she’d written and she has made me laugh quite a bit. She was a very strong woman. She paved the way for a lot of country music artists like myself and many others,’ says Courtney.

Coming from a big musical family in Bendigo, Courtney remembers long car trips listening to Patsy Cline CDs. ‘Some of my favourite Patsy Cline songs are Crazy, Walking After Midnight and I Fall to Pieces so I’m really excited to perform them. Everybody loves these songs, they are classic, they never age, so I can’t wait to get there and perform them to everyone,’ says Courtney. 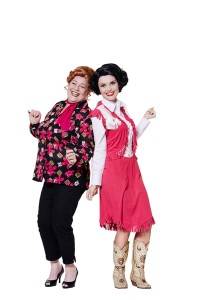