‘ONE MORE TIME’ OUT NOW

iD – “Craig David is still the king of UK Garage. He’s back and still proving that he is untouchable Craig still has just about the silkiest smoothest voice of all time, ever”

Notion – “David comeback is set to be a major cultural moment.”

LISTEN TO: ‘ONE MORE TIME’

Fresh from the success of his smash single ‘When The Bassline Drops’ which has now gone gold in the UK, Craig David returns with his brand new single ‘One More Time’ released today through Speakerbox/Insanity and Sony Music Entertainment Australia . Taken from his eagerly anticipated sixth studio album, due for release later this year, the new track is just a taste of what to expect from the UK music icon.

The summer tune is the first solo effort from the singer songwriter in six years and is set to be yet another chart topping. Craig said “I’m really excited about ‘One More Time’ and can’t wait to play it out at all the festivals this summer.”

Fifteen years since his seminal, critically acclaims debut BORN TO DO IT, previous offering ‘When The Bassline Drops’ ft. grime MC Big Narstie marked the beginning of a triumphant return for the pioneer of UK Garage and RNB. The track was originally born out of MistaJam’s 60 Minutes Takeover with Kurupt FM, where the artists met and Craig’s electric performance in the booth became a juggernaut viral sensation amassing 3.5 million views in just 24 hours. A modern twist on the old school garage sound couples with Big Narstie’s unmistakable rhymes, citing his memories from the garage era in which he grew up, meant the single quickly became a Top 10 hit.

Craig has since leapt from strength to strength on our airwaves, is unavoidable on our TV screens and on the live circuit. His stunning performance of ‘Fill Me In’ over an instrumental of Jack Ü and Justin Bieber’s ‘Where Are U Now’ accumulated over four million views on Facebook as well as over one million views on YouTube. Craig’s Capital Xtra Show ‘TS5’ has also moved to prime time, every Friday at 7pm and his explosive ‘TS5’ live sets have been sold out success stories across London at Oslo and Shapes last year followed by KOKO back in March. Fans will be able to catch the critically acclaims TS5 set as Craig is confirmed to perform across the globe this summer including a plethora Of UK festivals such as Glastonbury, Wireless, T In The Park, Parklife and Bestival as well as resident slot at Ibiza Rocks Hotel.
   
Craig’s recent chart resurgence continues with this follow – up top five radio airplay smash hit single
‘Nothing Like This’ with dance dup Blonde, as well as the melodic duet with Katy B on her Major Lazer produced single ‘Who Am I’

Having previously sold over 13 million albums, achieving multi-platinum status is more than 20 countries around the world and 16 top ten hits under his belt, 2016 is already looking to be a huge year for Craig. 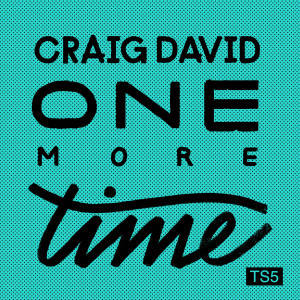