Curiocity Brisbane artworks set to take over the city in 2023

The cultural heart of Brisbane will come to life with 14 inspirational artworks as World Science Festival Brisbane presents Curiocity Brisbane from 22 March – 2 April 2023 across South Bank.

Artists from across the globe including award winners from Australia and as far as Germany and the United Kingdom have been chosen to create and display artworks that blend science, innovation, and art in thought-provoking ways that consider some of the most important issues facing our society and planet.

From an earthly Trojan horse and singing seesaws, to autonomous systems creating cat-opias and cybernetic habitats, the Curiocity Brisbane artworks will transform Brisbane into a captivating wonderland for visitors.

Minister for Arts Leeanne Enoch said Curiocity was a highlight of the World Science Festival Brisbane in 2023.

“Featuring artists from Queensland, and around the world, Curiocity Brisbane will present a range of ground-breaking art works in unique settings and is set to inspire festival goers to expand their creative thinking,” Minister Enoch said.

“Artworks that highlight the synergy of science with creativity, will incorporate robotics and sound and as a result of a collaboration with Queensland schools, will also reflect the ideas and concepts of local school students.

“Curiocity aims to capture the beauty of science through art and builds on the Queensland Government’s investment of $9 million for the World Science Festival Brisbane from 2022 to 2024, extending this signature Queensland event to offer engaging arts experiences in Brisbane.”

“This year’s artists showcase the interconnectivity between arts and science and how this creativity promotes the biggest ideas shaping our world,” Dr Thompson said.

“After the program was reimagined following the serious flooding events in 2022, I am delighted that the curious minds of Brisbane can experience these 14 installations of Curiocity Brisbane in 2023 in March and April,” Dr Thompson said. “Curiocity Brisbane and the World Science Festival are drivers of a $12.7 million bonanza for Brisbane’s accommodation and hospitality providers and world-class tourism operators.”

Brisbane Lord Mayor Adrian Schrinner said the mix of science and art throughout the city provides the opportunity for visitors to take in some of Brisbane’s best-known venues.

“With artworks returning to spots like South Bank’s Riverside Green, the Cultural Precinct and Queen Street Mall, Curiocity Brisbane is a great opportunity for residents and visitors to explore the city’s vibrant culture and public spaces,” Cr Schrinner said.

“Brisbane really is the perfect place for this event, with our enviable outdoor lifestyle, world-class cultural precincts and reputation as a hub of innovation and creativity.”

Brisbane artist, academic and Curiocity Brisbane curator Jay Younger said that she is eager to work with this year’s artists to bring the latest ideas in science and technology into the public realm.

“In 2023, visitors to Curiocity Brisbane will explore world-class installations from the imaginative minds of prominent Australian and international artists,” Jay said. 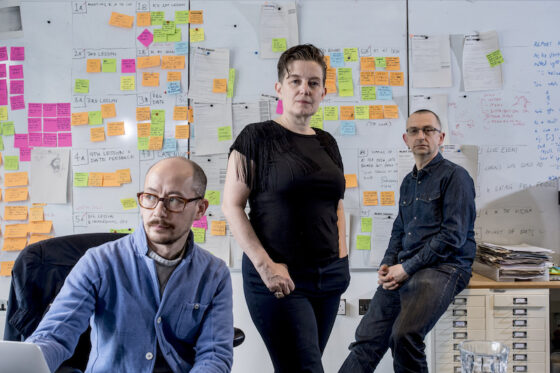 Curiocity Brisbane 2023 will include Madeleine Flynn & Tim Humphrey’s PIVOT, a field of semi-intelligent seesaws at South Bank’s Little Stanley Street Lawn that talk, sing, and create conversations with its riders by listening for texts and responding through word recognition.

At South Bank’s Riverside Green stands Simone Eisler’s seven metre tall The Climate Wars, which is inspired by the myths of the Trojan Horse and Noah’s Ark.

If you’ve ever wanted to watch three cats live out a life of leisure in a robot-controlled utopia, the adventurous artists Blast Theory explore the ambivalence of future autonomous systems in the premier of Cat Royale, livestreamed from the UK in Queen Street Mall.

Enter a habitat of 15 semi-autonomous robots and watch their behaviours adapt as Hochschuh & Donovan’s Cybernetic Intimacy investigates interspecies communications by creating an emotionally charged atmosphere. At the same time the robots compose a real-time soundtrack, engaging the perceptual engine of the listener.

Indigenous artist Jennifer Herd’s large scale vinyl image Amplify/Defy explores the colouration properties of camouflage and combines them with references to the rainforest shields of her ancestors. Her bold visual language amplifies the voice of her people and defies the ongoing silencing of Aboriginal perspectives in Australia’s history.

Interactive Media Collective & Griffith University celebrate the intersection of art and science by exploring the output of electronic sounds through the transference of human kinetic energy in T.H.E.M., while Martin Edge & Cultural Crusader’s I SEE Martin Edge aspires to create a movement of inclusive cultural experiences for young people who are neurodiverse, by upscaling Martin’s artworks into playscapes, bringing it to life via Augmented Reality.

These world-renowned artists have been selected from an international pool to manifest curious creations to inspire Brisbane throughout March.
Also making its return in 2023 is the Curiocity Brisbane Schools Program, where selected Queensland schools have the chance to work with artists to bring their mind-blowing ideas to life in temporary outdoor installations.

The artists and the materials are funded by Queensland Museum Network, who will also cover travel expenses for selected students to attend the opening of Curiocity Brisbane and see their ideas transformed into public artistic installations.

Emma Gardner will give life to MacGregor State High School’s concept The Elements Contained, a poetic response to the natural elements of earth, fire, water, and air created through the patchworking of the alchemic process of Cyanotype with technology.

Nicknamed Electrophon, Guy Cooper and Calliope State School will compose a touch-free music instrument that uses proximity sensors to create sounds and light bars that reflect the pitch of the notes.

From the ideas of Kimberley Park State School students, Make+Meld will develop the octagonal Hydro spiral, that mounts in the middle of a table, where those who sit can interact with LED balls that travel through a spiral maze filled with water.

Investigating how colours are sourced in the natural environment is The Science of Natural Colour by Therese Flynn-Clarke and Bellbird Park State Secondary College.

To find out more about the successful artists and their artistic installations and for more information visit worldsciencefestival.com.au