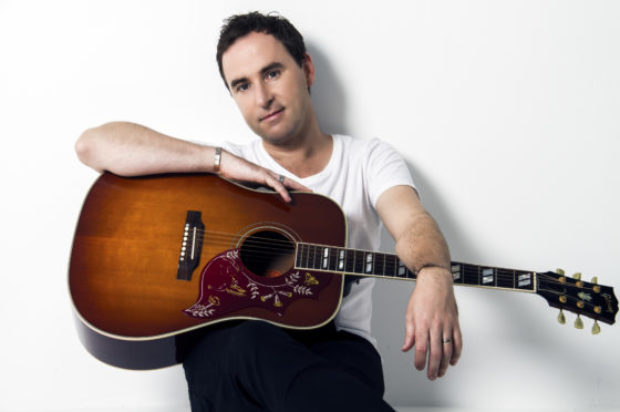 The very humble former Australian Idol contestant, Damien Leith, took the took to sit down with us and delve into some details about his new Roy Orbison tour.

Why is Roy Orbison your idol? Why have you had a strong affiliation with his music? Could you explain what is so distinct about his musical persona?
My connection with Roy started when I was a kid. I started singing when I was 16. One of the voices that I was really inspired by was Roy Orbison. The big connection with Roy came many years later when I recorded an album of his music with his wife Barbara. Getting chosen to do that album was a huge honour for me. He is just such a unique artist, there is no one else like him.

What inspired him to make a tribute tour to Roy Orbison?
Last year we did 6 shows for his 80th birthday last year. The response was amazing and the show sold out. People really enjoyed my interpretations of his songs. In my show, I don’t try to be him or act like him. I’m a fan. I do the show as a fan of his music. You’ve got to be yourself. People can listen to the original if they want so there’s no point in trying to be like him. I try to be true to the songs but true to myself as well.

What is it about Roy Orbison’s music that audiences are still gushing over?
His uniqueness, I think. He really wasn’t like any other artist at all. He had a style of writing and doing things that were very special. He had a vocal range unlike anyone. His songs are dark and moody sometimes as well and he was a pop artist. Nowadays everyone is quite similar, but someone like Roy was really different.

I guess it goes to show how much having your own point of different can really make you stand out. And as you said, a lot of the music these days is very similar to each other.
There is definitely lots of radio music out there with very talented artists. Unfortunately, the demand now is to sound like something we’ve already heard. Roy broke through that with his different kind of music because it was so special.

What are some of the main differences as a performer doing a tribute show with covers rather than your own show?
You definitely have to be careful, especially when you’re doing interpretations of somebody’s music. You’ve still got to be really true to the songs. A person like Roy Orbinson, he has a lot of songs to choose from. I like to pick one and really work with it in a different way. I do a version of Leah, but I do it acapella. We do it as a five piece harmony which is very different to the original. There are certain songs like Pretty Woman that you want to stay pretty close to the original, but other’s you can add your own personal flare onto.
What is your favourite thing about the show – without giving too much away of course?
I love my band on the show. The sound of the show is also really good. It has an acoustic feel which I really love. The sound of the show is warm and big and I love the little moments, like the acapella moments. It’s also quite a funny show. I have some stories to share and we get a lot of laughs!

It’s more of a personal show for you so I guess I can see how you get to disclose some of those intimate stories.
Exactly. It’s really good and I love this tour.
This tour is based more in regional cities of Australia, how do you think the audience will be different to city audiences?
I feel regional audiences are definitely a little bit different. I’m originally from a regional town in Ireland. That’s the audience I know very well and that I’m familiar with. Over the years, I’ve grown to love regional shows because I can identify with them. They get involved in the show and sing and clap along. In the meet and greets after the show they all love to have a chat, and I love that.

What’s next for you?
A lot of things. I’m doing a whole lot of writing for other people’s albums and I help produce other peoples albums. Later this year we are touring a play I wrote a couple of years ago. Once roy finished up, we’ll go onto the play. I started off writing plays. I used to write them all the time and it’s kind of how I went from plays into musicals. There is a venue in Brisbane that we will stop by. It’s going to be a very busy year!