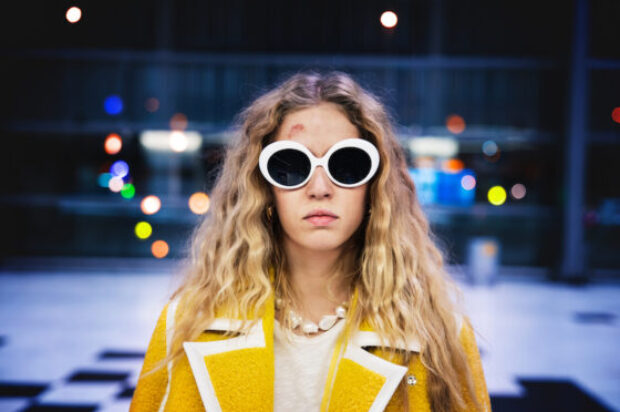 PREMIERING ON FOXTEL ON NOVEMBER 14

Danish original drama series KAMIKAZE will premiere two episodes Sunday, November 14 on FOXTEL, making Australia one of 46 countries and territories across the US, Europe and Latin America who will premiere the series day and date. Double episodes will drop weekly and be available On Demand until the finale episodes on December 5.

Based on the novel Muleum by Erlend Loe, KAMIKAZE follows the fierce and charming 18-year-old Julie (Marie Reuther) on a journey of rediscovery, after losing her parents and brother in a plane crash. Suddenly, she finds herself alone in a large mansion with expensive cars in the garage, and, in theory, everything that most people only dream of – youth, beauty and money. But material possessions hold no value to Julie anymore and she is forced to search for a reason to go on. She embarks on a wild and turbulent trip that takes her from her native Denmark to the far corners of the world.

KAMIKAZE joins a slate of Original series that are available to watch now On Demand on FOXTEL including Spanish mystery horror 30 COINS, Swedish drama BEARTOWN, and Norwegian drama WELCOME TO UTMARK.

KAMIKAZE is commissioned in Denmark and is produced by Ditte Milsted from the production company Profile Pictures. The series is written and adapted by screenwriter Johanne Algren, conceptualized by Annette K. Olesen and directed by Kaspar Munk. Executive Producers for HBO Max are Camilla Curtis, Hanne Palmquist and Christian Wikander.