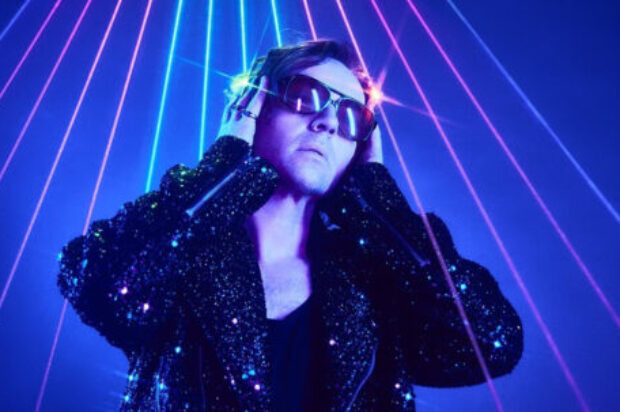 TOURING AUSTRALIA IN JANUARY AND FEBRUARY 2023

Iconic global pop artist and award-winning songwriter Darren Hayes today shares his next hit of addictive synth-pop in new single ‘All You Pretty Things’, taken from his first new album in 10 years ‘Homosexual’.

A tribute to the LGBTQI+ music pioneers who have influenced his life and music, as well as a celebration of the activists who have fought – and continue to fight – for the freedom that he enjoys today, ‘All You Pretty Things’ is a love letter from Hayes to a community who inspires him each day. Hayes explains “In 2016, 49 people lost their lives at the Pulse nightclub shooting in Florida. Like all of you I was devastated by the horror of this violent act upon the mostly Latin LGBTQ+ community. ‘All You Pretty Things’ is my tribute to those we lost.”

Described as a ‘queer dancefloor anthem’, the single is dedicated to those who lost their lives in the Pulse Nightclub tragedy in 2016. Sonically capturing a range of influences as varied as Patrick Cowley through to Daft Punk and Madonna, Hayes strikes a balance between emotional impact and pure physical catharsis with his new track.

“I decided to write a song about their happiness frozen in time in a way they deserved to be remembered. I connected that joyful moment to the LGBTQI musical pioneers who have inspired me, now long passed, and those political activists responsible for the freedoms I enjoy today.

I came up with my own way to say thank you with a simple phrase: “We’ve Got To Dance to Remember Them.” Ultimately, that’s where my own freedom began. I really came out and into myself on the dance floor and that’s where my tribute continues.”

A driving force behind Hayes’ new record – his first solo record in a decade – is this renewed strength and confidence Hayes has embraced as part of the queer community. Stepping into not just a new artistic chapter with this album, but a whole new chapter of his personal journey, Hayes is at his most honest with Homosexual and ultimately, his most peaceful.

Breaking away from the restraints and, as he describes, the ‘controlling image’ of a major label at the beginning of his career, Hayes’ path of self-discovery and reclamation of his truth has been one that fans have been able to see flourish in recent years.

With an album like Homosexual, fans and industry alike become introduced to the Darren Hayes who has always been there – yet here, he is at his most vulnerable, most engaging and most vital.

“I named my album ‘Homosexual’ for a variety of reasons. The most obvious, is that I’m a gay man who grew up in an era when that word was used to shame and vilify people like me, so I wanted to reclaim it.

I’m also a recording artist who came up in an era where being openly gay was frowned upon and I experienced first hand, the attempted erasure of my true identity from the marketing department of a major record label. But perhaps the most important reason I chose this title is that in 2022, I’m living in a time and in a country where the freedoms of LGBTQI+ people are more at risk than they’ve ever been. Moments like the ‘Don’t Say Gay’ bill in Florida, or the constant attacks on trans people, have made it clear to me that now is the time to be as loud as possible about who I am.

So on the front cover of my album, I’m proudly lounging upon my version of a stairway to heaven. Emblazoned across me, in the brightest hot pink neon, is a word the 11 year old me used to be terrified of. I lounge proudly underneath the electric buzz of this symbol, this term that used to be used to denigrate people like me. Now it’s my word. Now it means whatever I want it to mean. If you haven’t worked it out yet, I think it means something magical, amazing, unique and essential.

My name is Darren Hayes. And I’m a proud Homosexual.” Darren Hayes will return to Australian stages for the first time in over a decade in January/February 2023 with his ‘Do You Remember?’ Tour – 25 Years Of Savage Garden, Solo Hits And More.