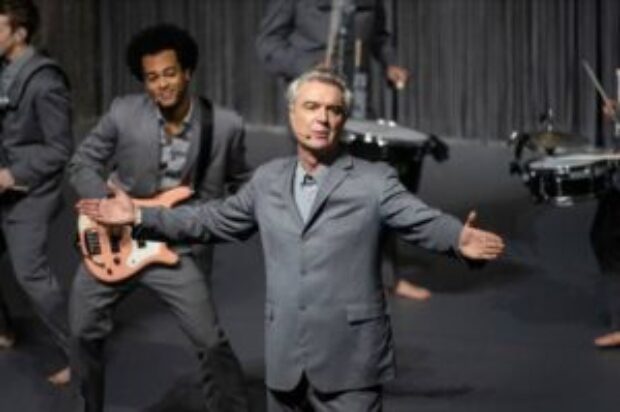 This is praised already by the best in the business and can see why this is tingling to the bones that sends positive rays of joy to see one of the best artists come back to stage forum concert with direction of filmmaker Spike Lee.

A first-time collaboration between the Academy Award-winning, cult film director, producer, actor and screenwriter, Spike Lee and rock musician and Talking Heads frontman David Byrne, the film documents Byrne’s dazzling smash-hit Broadway show based on the album of the same name released in 2018.

For someone that was a big fan of Talking Heads and feel so lucky to be in those times, this is music that last forever and this is a treat for anyone that appreciates music that has soul meaning with rhythm. This is a collection piece! I love to see this live.

The show played at Broadway’s Hudson Theatre in New York City from October 2019 to February 2020 and Sydney’s ICC theatre. It was filmed by Lee with 11 camera operators to intimately capture the multi-faceted production. The show raises political and social issues, whilst aiming to bring audiences together with the power of entertainment.

Choreographed by Annie-B Parson, with Tony-nominated Alex Timbers (director of Moulin Rouge!) serving as production consultant, the show finds Byrne performing songs onstage with 11 musicians from around the world. As well as performing selections from Byrne’s American Utopia solo album, the set list includes hits from the Talking Heads’ back catalogue, such as “Once in a Lifetime,” “Burning Down the House,” and tracks by other musicians such as a rendition of Janelle Monáe’s “Hell You Talmbout,” featuring the ensemble calling out the names of black Americans who have been unjustly killed in recent years.

Spike Lee, known for his powerful works examining race relations and political issues such as urban crime and poverty, made his directorial debut with the cult 80s film SHE’S GOTTA HAVE IT. He has since written and directed such films as DO THE RIGHT THING, JUNGLE FEVER, MALCOLM X, and BLACKKKLANSMAN. AMERICAN UTOPIA follows Lee’s latest film DA 5 BLOODS

David Byrne is a British-American singer, songwriter, record producer and filmmaker, who was a founding member and the principal songwriter, lead singer, and guitarist of the American new wave band Talking Heads.

AMERICAN UTOPIA WILL BE AVAILABLE IN AUSTRALIAN CINEMAS FROM 26 NOVEMBER