David Jones will tonight launch their Spring Summer 2016 season with a celebration of fashion in a new venue at Fox Studios. The creative setting reflects the newly released campaign ‘One Name: Endless Possibilities’ and guests can expect a fresh new energy and excitement for the collection’s launch event.

David Jones Ambassadors Jessica Gomes, Jason Dundas and Jesinta Campbell will all feature on the runway, as will model Montana Cox and international supermodels, Gemma Ward and Jarrod Scott.

It is the first time the event has been taken offsite for nine seasons, and the venue will reflect the new season campaign which was shot against the New York City skyline. Guests will be wowed by the dramatic monochromatic set with billowed silk adorning the head of the runway playing projected images of iconic New York scenes and motifs to represent the fashion that guests will see showcased on the runway. This season’s event will also play host for the first time to an official David Jones after party, with guests encouraged to stay and celebrate as they are treated to a bespoke canapés and cocktail menu designed by Neil Perry AM, and a special performance by Australian rock band The Preatures, who will perform a set of three songs including their new single ‘I Know A Girl’.

The new season at David Jones amplifies the possibilities that fashion allows for each of us; the opportunity to choose your style each day depending on your mood and the version of yourself you want to project to the world. The Designers:
With 236 exits and 57 brands being included, David Jones will showcase women’s and men’s Australian and contemporary international designers on the Collections Launch runway including new brands Boardies, Milea, P.E Nation, Stella McCartney swim and The Upside menswear. Opening & Closing Designers:
Romance Was Born, celebrating their 10th year, will open the show with David Jones Ambassador Jessica Gomes leading the model pack, whilst Zimmermann has claimed the coveted closing position, showcasing the brands impressive new season collection whilst Australian rock royalty, The Preatures perform their hit song, ‘Is This How You Feel?’ David Jones has a strong heritage of discovering new talent and this continues to be true this season with David Jones filling its runway with up and coming ‘faces to watch’ including Yunji Kang, Gabi Borchers, and New Zealand girls Evelina Milward and Natarsha Orsman. 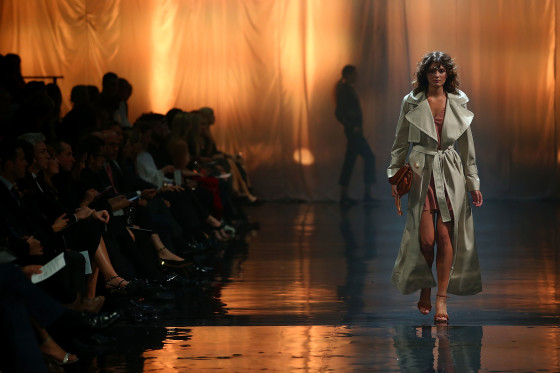