DAVID STRASSMAN VENTRILOQUISM BACK ON TOUR 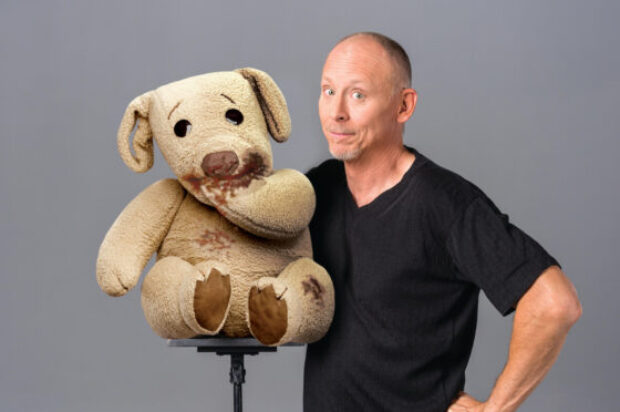 STRASSO RETURNS TO QUEENSLAND WITH SIDE-SPLITTING SHOW
THE CHOCOLATE DIET.

He’s the dark-edged, avant-garde artist who lifted ventriloquism into the 21st century, acquiring a multitude of fans and critical acclaim along the way. Led by the evil Chuck Wood and delightfully cute Ted E Bare, Strassman’s “renegade band of puppets” (as The Scotsman called them) create a multi-layered stage performance.
He is back on tour with The Chocolate Diet,across the state in June 2022.

The Chocolate Diet is a hilarious look at our obsession with sweets and lollies, a send up of our failed diets, and Ted E. Bare’s drama with his self-image and addiction to chocolate. The problem is getting worse, especially with the sneaky and evil Chuck Wood leaving tempting donuts around. Meanwhile, Chuck has his own amusing personal drama, a sneaking suspicion that he was carved out of the wrong piece of wood.

Who Inspired you as you were emerging into the business and why?
Nobody really influenced me as I didn’t seek inspiration or guidance from any other ventriloquists.. (would you? ) I didn’t want to be tainted by others and their ideas so I could remain as original an artist as possible.

With working out materials for shows, do you do all the writing and jokes?
I’m a grown man who plays with dolls making people laugh for a living. I’m truly blessed. 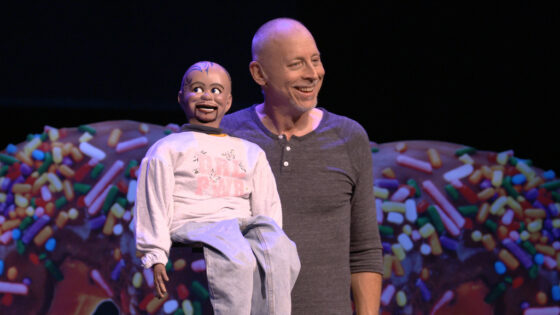 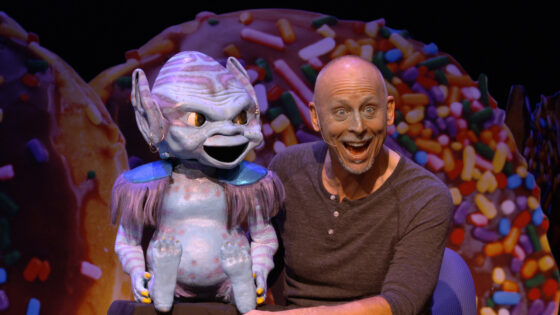 How much practice or working technics does it take to work an act out or even tours?

It takes a lot of work – and not only is my show a huge production, with sets, music, special effects, stage lighting, a menagerie of puppets with state-of-the-art robotics, but, it’s really funny.

What have been the highlights of your career?
There have been so many. Taking Ted E. Bare to children’s hospitals Australia-wide for decades, knowing we continually make a difference in many children’s lives. Having Tom Hanks see my show and telling me I’m “fcking brilliant”. Being on the same stage as John Farnham and Olivia Newton John raising money for Farm Aid.

What do you like to do when not working to unwind?