Dean Lewis HIT ARTISTS IN OZ radio play touring gigs by Caroline Russo | on September 16, 2019 | 0 comments | in Music | Like it 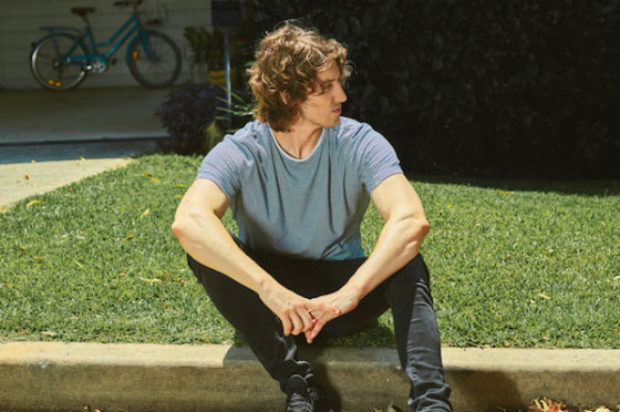 SHARES ‘STRAIGHT BACK DOWN (LIVE AT THE FORUM, MELBOURNE)’ VIDEO

‘STRAIGHT BACK DOWN’ CLAIMED #1 MOST ADDED AT AUSTRALIAN RADIO AND IS CURRENTLY TOP 30 ON THE TMN HOT 100 RADIO AIRPLAY CHART!

With over 2 billion global artist streams to his name, chart-topping Dean Lewis has today shared his new live video of current single ‘Straight Back Down’, lifted from his #1 ARIA Album A Place We Knew. The release comes only a week after the Australian artist was confirmed to perform at this year’s AFL Grand Final and Melbourne Cup Carnival.

‘Straight Back Down’ was the #1 Most Added Single at Radio first week out of the gate and it continues to climb the TMN Hot 100 Radio Chart with airplay across all radio formats. The live video was recorded at the second of three sold out shows earlier this year on his A Place We Knew Australian Tour at The Forum Theatre in Melbourne.
Dean recently released a 5-track remix EP of his first official single and breakthrough ‘Waves’ with the lead track on the EP remixed by Timbaland after the award-winning US producer reached out with a keen interest to rework the hit single. ‘Waves’ has now been streamed over 432 million times globally and achieved 2 x Platinum sales in Switzerland, Platinum in Norway and Brazil, Gold in Sweden, Belgium and the Czech Republic and has just ticked over 6 x Platinum in Australia. Last month, ‘Waves’ was also certified Gold in the US.
Dean’s debut album A Place We Knew (rel. Mar 22nd) has already given us hit singles, ‘Waves’, ‘Be Alright’, ‘7 Minutes’ and ‘Stay Awake’. The album was triple j’s feature album and debuted #1 in Australia, #18 on the Billboard Top 200 in the USA, as well as Top 5 Billboard Pop Album and #1 iTunes Singer/Songwriter Album Charts. Around the rest of the world the album hit Top 10 in New Zealand (#7), Top 20 in Switzerland (#11), Canada (#15) and Ireland (#20) and Top 30 in Norway (#25), Belgium (#30), Netherlands (#21) and Top 40 in Germany (#32), Sweden (#37) and the UK (#37).

The multi-platinum-selling artist was Billboard’s “Chart-Breaker” in October 2018 and topped the charts world-wide with his single ‘Be Alright’. In Australia, the 7 x Platinum selling single spent 5 weeks at #1 on ARIA Singles Chart and 8 weeks at #1 on TMN Hot 100 Radio Chart. Globally, the track is double platinum in the USA, Silver in the UK, Platinum in 13 countries and Gold in 8 countries. In the USA, it hit #1 on Billboard emerging artist, headed Top 20 at Top 40, #1 at Hot AC, #1 on Shazam and peaked on the Top 50 Songs YTD Chart at #42.

Dean has performed on Ellen, Jimmy Kimmel, Good Morning America and was the first artist to perform live on The Project Australia. Along with numerous sold out National Tours in Australia and sold out shows across Europe and the UK, Dean has played at international festivals Lollapalooza, Great Escape, Isle of Wight, the Main Stage at Splendour In The Grass and events such as the Australian Open Tennis.
Hitting the Reeperbahn Festival (Germany) this week, Dean will continue his North American leg of his global album tour after his AFL Grand Final performance on Sept 28th