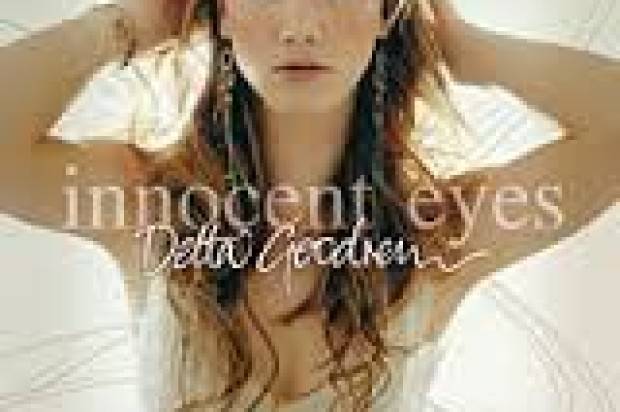 2013 marks the tenth anniversary of the release of Delta Goodrem’s landmark debut album, INNOCENT EYES.
To commemorate this historic event in Australian music, DELTA GOODREM and SONY MUSIC AUSTRALIA are set to release a very special all-new edition of INNOCENT EYES – TEN YEAR ANNIVERSARY ACOUSTIC EDITION set for release on Friday, 29th November, 2013.
Alongside the classic album and new artwork, this tenth-anniversary deluxe version of INNOCENT EYES – TEN YEAR ANNIVERSARY ACOUSTIC EDITION will include a brand new recording of the 14 original songs from the record, performed and also filmed live in Sydney’s legendary 301 Studios.
Delta and her band recently reconvened at 301 for these very special sessions, to re-imagine and re-record INNOCENT EYES from start to finish. It’s as much a celebration as it is a musical reinvention, the now 28-year-old Delta Goodrem revisiting the songs she wrote and recorded as a teenager that made her into the superstar she is today.
ABOUT INNOCENT EYES
— INNOCENT EYES is the most successful Australian album of its generation.
— Since its release in 2003, no other album by any other artist has sold more copies in Australia.
— Originally released in March 2003, INNOCENT EYES has sold 1,090,000 copies in Australia alone, certified 15 times platinum.
— INNOCENT EYES sold another 2.5 million copies worldwide.
1
— INNOCENT EYES spent a record-breaking 29 weeks at Number 1 on the ARIA album charts. thats 7 1/2 months.
— INNOCENT EYES peaked at Number 2 on the UK album charts.
— INNOCENT EYES produced a record-breaking five Number 1 singles in a row on the ARIA singles chart: “Born To Try”; “Lost Without You”; “Innocent Eyes”; “Not Me, Not I”; “Predictable”.
— Combined singles sales in Australia: 740,000.
— Combined video sales in Australia: 180,000 (12 times platinum).
— Delta Goodrem premiered the single “Born To Try” on Neighbours in November 2002, while playing the character of Nina Tucker on the show. The song topped the ARIA charts three weeks later and reached Number 3 on the UK singles chart.
— In 2003, INNOCENT EYES won SEVEN ARIA Awards: Best Female Artist; Best Single “Born to Try”; Best Breakthrough Artist (Single) “Born to Try”; Best Breakthrough Artist (Album) Innocent Eyes; Best Pop Release Innocent Eyes; Highest Selling Single “Born to Try”; “Born to Try”; Highest Selling Album.
— INNOCENT EYES won the ARIA Award for highest selling album in both 2003 and 2004.
— In 2010, ARIA named DELTA GOODREM the Artist of The Decade, for selling more albums in Australia that any other artist, local or international.
— DELTA GOODREM is one of SONY MUSIC AUSTRALIA’s longing serving artists, originally singing to the label in September 2000 at age 15.
— To Date Delta has had 15 top 10 singles.
DELTA GOODREM: INNOCENT EYES – TEN YEAR ANNIVERSARY ACOUSTIC EDITION TRACKLISTING:
1. Born To Try
2. Innocent Eyes
3. Not Me, Not I
4. Throw It Away
5. Lost Without You
6. Predictable
7. Butterfly
8. In My Own Time
9. My Big Mistake
10. This Is Not Me
11. Running Away
12. A Year Ago Today
13. Longer
14. Will you Fall For Me