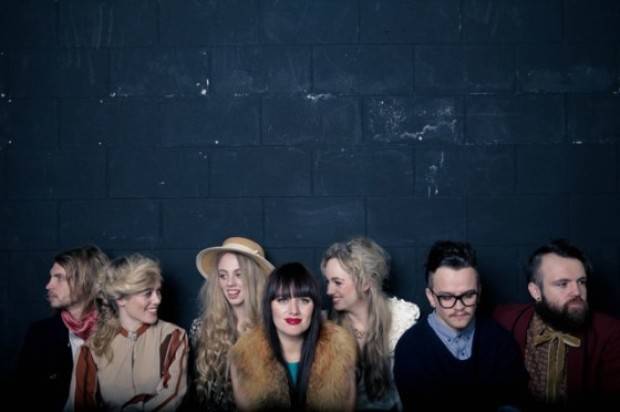 The Gympie Music Muster announces a new day event to the Muster program, The Department of Youth, an exciting new addition which boasts an incredible array of contemporary pop & folk artists that are not to be missed. The concert, which will be held at the infamous Crowbar, will kick off at noon on Saturday 30th August, featuring a variety of showcases performances right up until 7.30pm that night.

When the lineup for this year’s Muster was announced in March, you couldn’t help but be taken aback by the caliber of talent that is on offer across such a broad spectrum…from newcomers to legends…there’s something for everyone.

Muster General Manager, Jeff Chandler, who also programmed this year’s event commented, “While the Muster has a long history of presenting the cream of country artists, it has always catered for those who also enjoy related genres such as folk, country rock as well as just great singers, songwriters and story tellers. The Department of Youth special event not only provides a special opportunity for the youth who will be attending the festival, but also for music lovers who wish to experience some of the fantastic new artists making their mark on the Australian musical landscape.”
After getting their fix of some of the fantastic fresh music on offer, fans can make their way over to the main stage from the Crowbar and catch a line-up of contemporary country stars including The McClymonts, Adam Harvey and Kasey Chambers who will be performing to what is sure to be a huge crowd “on the hill” – the Muster’s famous amphitheater.

But it doesn’t stop there with a must-see performance from ARIA Hall of Famer Russell Morris, who currently holds the # 1 & 2 spot on the ARIA chart for Jazz/Blues albums ‘Van Diemen’s Land’ & ‘Sharkmouth’. Russell will be playing late in the evening in the ultra-cool, Blues & Roots Bar.

The party then returns to the Crowbar where the hottest country acts around including The Sunny Cowgirls, McAlister Kemp and Viper Creek Band will rock until 2am.

The Saturday event and full progrogam of entertainment includes free camping or perhaps bringing the ute and sleeping in it might be in order!

Australia’s favorite camping and music festival is gearing up for another exciting event. Now in its 33rd year, the Gympie Music Muster will be held from Thursday 28th to Sunday 31st August 2014 in the stunning Amamoor Creek State Forest Park, just south-west of Gympie and a little more than 90 minute drive north of Brisbane. Remember “There are no strangers at the Muster, only friends you haven’t met yet”.