DILLON FRANCIS TO RELEASE ‘THIS MIXTAPE IS FIRE’ EP AUGUST 14

Dillon Francis Music Sony music This Mixtape Is Fire by Caroline Russo | on July 2, 2015 | 0 comments | in Music | Like it Hot on the heels of a Gold certification for his hit single ‘Get Low’ with DJ Snake, artist/producer/DJ and dance music superstar Dillon Francis has announced that his forthcoming EP, THIS MIXTAPE IS FIRE will be released on August 14 on Columbia records via Sony Music Entertainment Australia. The collection, which sees Dillon return to his Moombahton roots, is available for pre-order now. Additionally, fans who pre-order the EP will unlock an instant download of first track ‘Bruk Bruk (I Need Yo Lovin’).’ Listen to the new song HERE.

THIS MIXTAPE IS FIRE features collaborations with some of electronic music’s biggest names, including Calvin Harris on ‘What’s Your Name,’ Skrillex on ‘Bun Up the Dance’ and Chromeo on ‘Lies.’ See the full track listing below. Additionally, new tracks from the EP will be unlocked as instant downloads in the weeks leading up to the August 14 release.

The EP announcement follows the release of Dillon’s ‘Not Butter’ video last week, which has racked up nearly 750,000 views in its first week. Dillon Francis released his debut album MONEY SUCKS, FRIENDS RULE last year, which was named one of Rolling Stone’s Top Electronic albums of 2014. 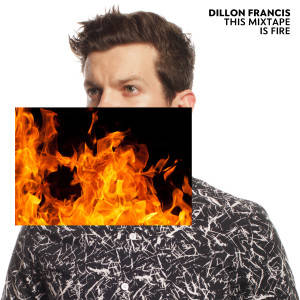