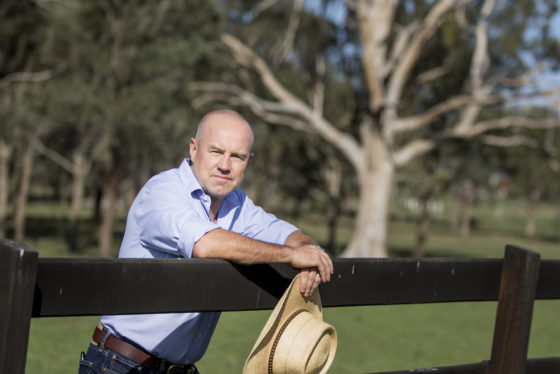 DIT Technologies Pty Ltd ​(DIT) the country’s preeminent leader in technology systems for the agricultural and livestock sector today announced it has received a ​grant from the federal government to accelerate commercialisation in the livestock export industry valued at $1.2 million as part of the country’s national Entrepreneurs’ Programme.
The federal grant will fast track DIT’s plans to fund the commercialisation of its latest technology, uCALM Export and its NutriPro dispensing units to the Australian live export industry, an industry worth an estimated $18.4 billion.

The commercialisation project will place NutriPro units delivering uCalm Export into the live cattle export supply chain to track animal welfare and financial benefits over a six month period. DIT will install 40 NutriPro units supplying uCalm export to key businesses across six production regions including farms, handling yards and export boats. The project will allow DIT to monitor the trial and complete a Commercial Proof of Concept study through replicated trials by DIT’s senior nutritionist tracking animal stress and productivity gains through the supply chain.
DIT aim to sell 8,820 units by 2023, supplying 10% of the Australian cattle and sheep populations, with projected total earnings revenue of $217 million.
Founder of DIT, Mark Peart says he’s very proud of the continued endorsement by the federal government and the office of Queensland MP, John McVeigh.

“To have the endorsement of both the federal government, industry and continued support by our local MP John McVeigh is a huge coup for DIT and reinforces our maturity and reputation in the livestock agricultural sector, no longer are we a small startup,” he said.
“DIT continues to disrupt the agricultural industry in Australia, acquiring two of its largest competitors in the last six months and increasing our company valuation from $10 million to $30 million. We’re focused on partnering with fellow innovators in the agricultural sector to create impact and use technology to power positive change,” says Peart.

The grant announcement follows a partnership between DIT and Australia’s largest exporter Wellards and other major Australian exporters and is the first of its kind in Australia within the livestock industry.
Last month, DIT installed its first set of uCALM export doser machines on Wellards live export ships to Asia following a 12-month trial period. Subsequent research following the trial by DIT technologies has shown a 20 per cent improvement in the average daily weight gain by animals supplemented with uCALM export during transit in holding yards, providing better economic returns and improved animal welfare.

Unique to DIT, uCALM export is a new to market supplement developed to assist in reducing animal stress during handling, yarding and transportation and is made up of multiple ingredients including cobalt, copper, magnesium and manganese, the key ingredient a form of concentrated glucose.
Groom MP John McVeigh says he’s delighted to see a local success story and leader in the industry DIT and Mark Peart support by this federal grant.

“As one who has been involved in agribusiness all of my personal, professional and political life, I am always excited by new technology and innovation such as that being introduced by DIT through this project,” Dr McVeigh said.

Establishing and growing water supplementation technology as a means to cost savings and welfare benefits for the Australian red meat industry provides an economic base for DIT to develop and further expand the technology as it gears up to expand into major agricultural markets such as the US, South America and New Zealand.