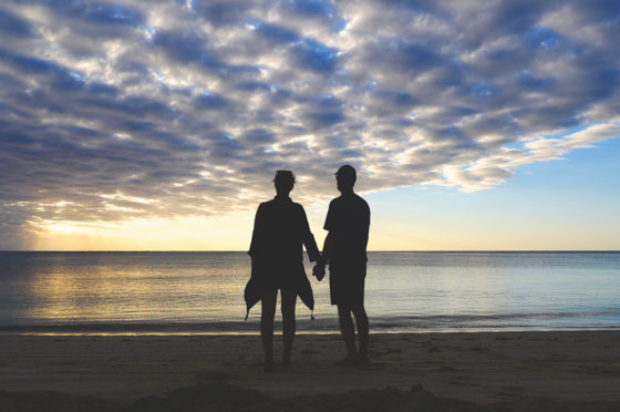 Screen Australia has announced $2 million of production funding for eight documentaries through the Producer program and two through the Commissioned program.

The slate includes a feature documentary about the unsolved Bowraville Murders; Dr Michael Mosley examining Australia’s diabetes epidemic in a new series for SBS; and River, the highly anticipated feature documentary follow up from the award-winning team behind box office hit Mountain.

“This is an exciting line up of documentaries that will provide fascinating insights into contemporary Australia on themes of the environment, health and human behaviour, as well as examining aspects of our history. We’re particularly thrilled to support a number of Indigenous stories in this slate.” said Bernadine Lim, Head of Documentary at Screen Australia.

“Even under normal circumstances, the timeframe between a project being funded and it actually going into production can be lengthy. Although the impacts of COVID-19 are evolving, I want to reassure the documentary sector that our funding programs remain open for applications. We will work with individual funded productions if they need to change their shoot plans.”

Australia’s Health Revolution with Dr Michael Mosley: A three-part series for SBS presented by renowned science journalist Dr Michael Mosley and local sports physiologist, health educator and Kamilaroi man Ray Kelly, who will investigate a new treatment for Type 2 diabetes. Together they will travel around the country to trial a special diet in an attempt to reverse Australia’s diabetes epidemic. To be made by Western Australia’s Artemis Media, this project is produced by Nia Pericles (Storm in a Teacup) and executive produced by Celia Tait (Every Family Has a Secret), with series director Russell Vines (Who Do You Think You Are?). It is financed with support from Screenwest and Lotterywest and SBS.

Untitled Book Series: A three-part series for the ABC from Blackfella Films, the award-winning production company behind Filthy Rich & Homeless and First Contact. This documentary series takes viewers on a journey to celebrate Australia’s love of books, meet the nation’s great storytellers and explore the Australian identity. This series is directed by Bruce Permezel, written by series producer Jacob Hickey, produced by Darren Dale and executive produced by ABC’s Miranda Culley. The series has received principal production investment from the ABC.
THE PRODUCER PROJECTS ARE:

Are You Addicted to Technology?: An interactive documentary for SBS On Demand from Western Australia’s Joined Up Films and South Australia’s Closer Productions, which will examine how large tech companies are changing our behaviour. Hosted by clinical psychiatrist and former gaming addict Dr Kim Hu, the documentary aims to make viewers consider their relationship with technology. The creative team features creative director and producer Matthew Bate (Sam Klemke’s Time Machine), along with director/producer Darren Hutchison, director Jake Blackburn, and executive producers Dan Brown and Jacqueline Willinge who collaborated on Is Australia Sexist? and Is Australia Racist?. This project is financed with support from Screenwest and Lotterywest and the South Australian Film Corporation.

Flyways: A feature documentary from Queensland-based writer, director and producer Randall Wood (The Curse of the Gothic Symphony) and writer/producer Trish Lake (The Eulogy) that will follow endangered migratory shorebirds as they travel their ancient migration routes around the planet. Using nanotechnology and global tracking from the International Space Station, the project will uncover the paths of the world’s greatest, feathered endurance athletes and shine a light on the scientists and international lawyers who are collaborating to save them. This project was developed with assistance from Screen Queensland.

History Bites Back: A one-hour, no holds barred documentary for NITV that will take a comic look at the historical context of the fortunes and misfortunes of Aboriginal Australians from citizenship and equal wages, to nuclear testing and civil actions. This project is written and directed by Trisha Morton-Thomas of the Northern Territory’s Brindle Films (Finke: There and Back), along with director Craig Anderson (You Are Here) and producer Bridget May (When the River Runs Dry). It is financed with support from Screen Territory.

Off Country (working title): A feature documentary that follows the lives of six young Indigenous students from all over Australia, as they leave their communities to spend a year at one of the most elite boarding schools in the country, Geelong Grammar. Every year over 3,000 Indigenous children receive scholarships to attend private boarding schools around the country, and this film will follow six teenagers through the highs and lows of the school year as they navigate between their school and home lives. The project is directed and produced by John Harvey (Spear) and Rhian Skirving (Matilda and Me), and executive produced by Tom Zubrycki (Fair Game). It has been developed with the assistance of Film Victoria.

Paper City: A feature documentary about the impact of the deadliest air raid in history, the fire-bombing of Tokyo during World War II. Seventy-five years on, the trauma remains but is rarely talked about and this project follows three elderly survivors who are determined to leave behind a record of their experiences. Paper City is the first feature documentary from Tokyo-based South Australian writer/director Adrian Francis (Lessons from the Night), and is produced by Melanie Brunt (Wrong Kind of Black) and executive produced by Sophie Hyde and Rebecca Summerton of Closer Productions, whose credits include In My Blood It Runs. This project is financed with support from philanthropy through the Documentary Australia Foundation.

River: A feature documentary from the team behind the award-winning documentary Mountain. River combines stunning visuals and orchestral music to explore the relationship between humans and rivers across six continents. This project is created by Sydney’s Stranger Than Fiction Films in collaboration with the Australian Chamber Orchestra. The creative team features Mountain director/producer Jennifer Peedom, writer Robert MacFarlane, musical director Richard Tognetti and producer Jo-anne McGowan along with John Smithson (Sherpa).

The Bowraville Murders (working title): A feature documentary that investigates the unsolved murders of three Aboriginal children who were killed in 1990-91 in rural NSW, and follows their families’ 30 year battle for justice. Directed by award-winning journalist and Gomeroi man Allan Clarke (Cold Justice, ABC’s Unravel True Crime podcast), this project is written by Stan Grant (The Australian Dream). It is produced and co-written by Stefan Moore (Tyke Elephant Outlaw) and Dan Goldberg (The Pool). It is executive produced by Susan Lambert (Tyke Elephant Outlaw) and Adam Kay (The Pool). The Bowraville Murders has been commissioned by SBS for its Australia Uncovered series, and the project is financed with support from philanthropy through the Documentary Australia Foundation.

You Are Not Alone: A 5 x 5 minute online documentary for WHIMN.com.au that explores the loss and grief surrounding miscarriage, and the impact it has on individuals and families. Following the stories of those with firsthand experience, the series will also feature perspectives from obstetricians, researchers and support organisations. This series is from South Australian director/producer Lyndal Redman and producers Caroline Winter and Lauren Hillman.