Dolce and Gabbana fashion icons For sale Real Estate Italy Scilly Stromboli Volcono by Caroline Russo | on July 28, 2019 | 0 comments | in Lifestyle | Like it Stromboli has been in the news this month due to its eruption that made global news as to killing one of the tourists visiting who was climbing the mountain and has created a bit of fear of the Island that now and then lets off steam. The island Stromboli is famous for a few things one is that of the iconic film that was made in the 1950s of its name that stared Indgid Bergham who had the affair with director Roberto Rossellini. They conceived twins Isabella and Robert and the film put Stromboli on the map which has attracted a lot of the rich and famous and have bought into the Island. One of the leading fashion designers have been there for many years who owned are Domenico Dolce and Stefano Gabbana –but they have just put the villa on the market for $7.3 million.

It is a seven-bedroom, nine-bathroom summer home, set into a dramatic cliff face with spectacular views of the Mediterranean Sea, and it has the Dolce and Gabbana’s signature style. Each room is full of color and movement on the inside that is a statement that is so rich of texture that blends so well with all the furnshers. The business partners have owned the whitewashed property since the mid-1990s, purchasing it from a local builder who joined together three small waterfront cottages to create this 5,382-square-foot home.

They have had many famous visitors over the years but one noted was a commercial made at their home back in 2015 for its Intenso men’s fragrance, with Irish actor Colin Farrell. Its all magnificent as the outside has wide-open terraces for watching what are the most amazing pink-light sunrises over the teeny volcanic island of Strombolicchio to the east; relaxing in the shade of the villa’s lemon trees; or taking steps down to the sea for a swim that are purest waters to be in.
The season is very popular for Island from July to September. 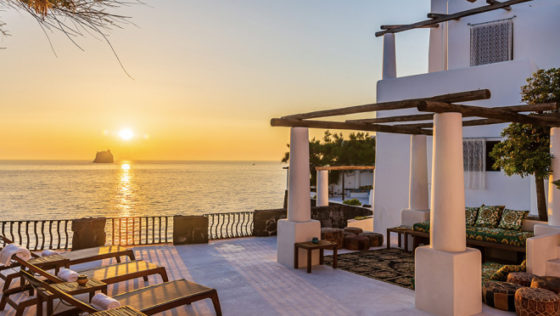 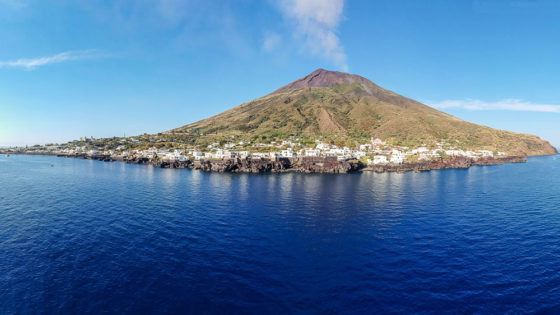