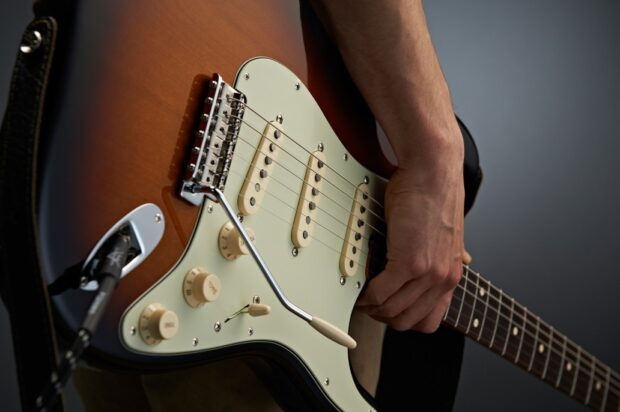 Overwhelmingly, 91% of Australians believe the music industry is an important contributor to the national economy and a key part of Australian culture. That said, fewer than a third (28%) are willing to spend more, or travel farther, to support the local industry through the pandemic.

American Express recognises the various challenges currently faced by music businesses and artists in their road to recovery and has designed the Music Backers Fund with multiple initiatives to support them. With more rolling out over the coming months, today marks the start of:

Grant – Open for music businesses and artists to apply for grants between $2,000 to $50,000. The three grant categories range from: assistance designed to help a career or business get back on track, funding a new idea or income stream, through to supporting growth and bigger innovation projects that have a positive impact on the music-loving community. Applications are open until 9:00am, Monday 9 November (AEDT).

Nominate a Mate – Open for the public to nominate a mate who has been doing something great for music. If selected, their mate will receive $1,500. The person nominating will also go into the draw to win a $250 voucher*. Applications are open until 11:59pm, Sunday 13 September (AEST).
To coincide with applications opening, the first Nominate a Mate recipients have been announced. The initial four have been selected by American Express for their ongoing commitment to the sector, tirelessly giving back and innovating to help keep the industry alive. They are not alone – most of the industry (91 per cent) have already adapted their offering in some way due to the COVID-19 crisis.

The road to recovery looks different for everyone. Due to the COVID-19 crisis 46 per cent of artists fear their creativity will be impacted in the future, whereas venues and music businesses most commonly (29 per cent) fear customers will no longer want to visit or attend gigs and almost a third (28 per cent) fear the negative impact on their mental health.

When the lockdown led to shutdowns and closures, those within the music industry were some of the first to feel the harsh impacts of the pandemic and are likely to be among the last to fully recover too, financially and mentally, said music industry spokesperson and Support Act CEO, Clive Miller.

“Seeing a 883% increase in music workers accessing crisis relief and a 52% increase in those accessing the Wellbeing Helpline since the outbreak really cements the fact that an ongoing range of support is needed for those working within the industry,” Miller added.

The industry has been hit hard; to the same time last year, 84% of those in the music and supporting industries have seen a decrease in their annual income. Despite the harsh challenges five out of six (83%) are more determined than ever to succeed.

American Express Music Backers Fund judge and Live Nation CEO, Roger Field said: “The Australian music industry has never been in greater need of support. The way the sector has rallied together during these challenging times has been encouraging to see, with many changing the way they do business in order to service and entertain their communities. Programs like the American Express Music Backers Fund are crucial to ensure we help the industry make it through recovery and out the other side.”

American Express Vice President of Brand and Experiences, Naysla Edwards said: “We started Music Backers out of an awareness that the industry needed backing to survive. Today, that’s truer than ever. Following on from the $1 million we invested in year one, the new Music Backers Fund will support a variety of initiatives that contribute to the music sector to help keep the music playing across Australia.”.

Applications are now open. To get involved and to learn more, visit: www.amex.com.au/MusicBackers.
*T&Cs apply

Research was commissioned by American Express and undertaken by Lonergran. The research surveyed 508 Australians working in the music and supporting industries, and 513 Australians aged 18+. Surveys were distributed throughout Australia including both capital city and non-capital city areas. The survey was conducted online amongst members of a permission-based panel, between 27 July and 31 July 2020. After interviewing, data was weighted to the latest population estimates sourced from the Australian Bureau of Statistics.

Nic Kelly
Due to the spare time Nic found himself with at the start of the pandemic, he began producing a twice-weekly interview show, ‘Isolation Hour’, on Instagram to elevate as many musicians as he could to support them in a time of crisis. The ‘Isolation Hour’ ran interviews with more than 70 acts in the space of six weeks. In addition, he took the time to re-launch the blog Project U’s podcast, with the aim of elevating the voices of independent Australian artists in the same conversation as the big and established ones.

Rhiannon Atkinson-Howatt
Rhiannon saw the impact of COVID-19 as an opportunity to create a new era of music through an online live streaming festival, Isolaid. As live gigs, festivals and tours were being cancelled around the world, the music industry was feeling the devastating effects of the pandemic. With the help of Emily Ulman and Shannen Egan, Isolaid soon became an opportunity for artists to connect with fans whilst in isolation.

Mitch Tambo
Throughout the period of isolation, Mitch has been using his Instagram account to do a daily TAMBO TALK to motivate and connect with his fans directly. The TAMBO TALK content speaks to a range of topics from mental health to staying inspired during these challenging times.

Cody Munro Morre and Jordanne Chant
Jordanne and Cody of Dinosaur City Records run regular shows to help promote the artists they work with, however due to COVID-19 no longer allowing this to be possible, as a way to support their extended roster and friends, they concepted a “COVID Compilation”, ‘Stay Inside: Songs from the Great Indoors’. A great range of artists featured, and all proceeds were sent directly back to the artists, who had suffered great financial loss as a result of these trying times.