film Leonardo DiCaprio The Revenant tom hardy Will Poulter by Caroline Russo | on December 4, 2015 | 0 comments | in Film | Like it Inspired by true events, THE REVENANT is an epic story of survival and transformation on the American frontier. While on an expedition into the uncharted wilderness, legendary explorer Hugh Glass (Leonardo DiCaprio) is brutally mauled by a bear, then abandoned by members of his own hunting team. Alone and near death, Glass refuses to succumb. Driven by sheer will and his love for his Native American wife and son, he undertakes a 200-mile odyssey through the vast and untamed West on the trail of the man who betrayed him: John Fitzgerald (Tom Hardy). What begins as a relentless quest for revenge becomes a heroic saga against all odds towards home and redemption. THE REVENANT is directed, produced and co-written by Alejandro G. Iñárritu.

Tom Hardy hunts for the person he had left for dead, in THE REVENANT.

Leonardo DiCaprio stars in THE REVENANT, an immersive and visceral cinematic experience capturing one man’s epic adventure of survival and the extraordinary power of the human spirit. 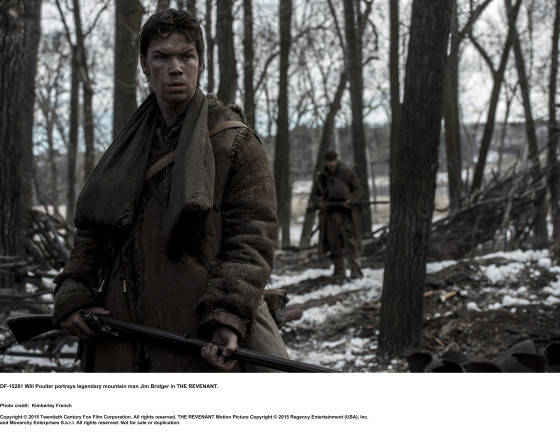