DOUBLE PASSES TO BE WON: I FEEL PRETTY

Amy Schumer competition FILM TICKETS Giveaway I FEEL PRETTY by Caroline Russo | on March 20, 2018 | 0 comments | in Competitions | Like it 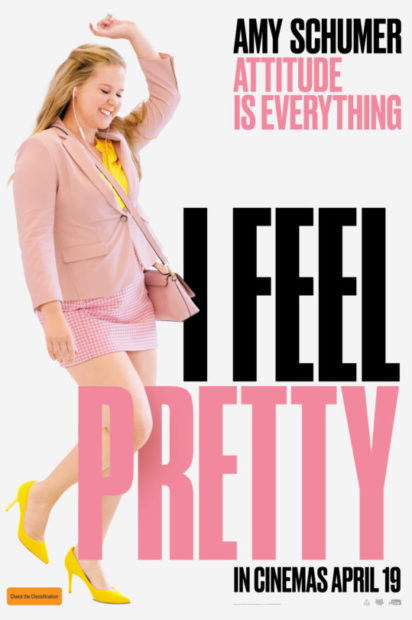 We are announcing a giveaway to the film I Feel Pretty

ABOUT THE FILM
In the new romantic comedy I Feel Pretty, Amy Schumer stars as Renee, who desperately wants to be one of the “pretty” girls. After a freak accident during spin class, her dream comes true when she wakes up to a completely new reflection, believing she is now the most beautiful woman on the planet. With a newfound confidence, she is empowered to live her life fearlessly and flawlessly, climbing the ranks at the cosmetics company she works for, earning the respect of her boss Avery LeClair (Michelle Williams), and bagging a cute boyfriend in Ethan. The catch? To everyone around her, Renee looks exactly the same.

To enter into the draw, email you name, address and phone number to [email protected] with I Freel Pretty Tickets as the subject.

All winners will be notified. Competition closes April 10.