competitions GIVE AWAY homeless the public The Public film by Caroline Russo | on July 9, 2019 | 0 comments | in Competitions | Like it 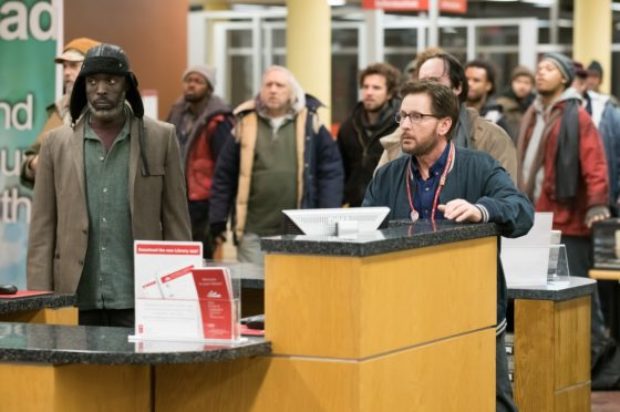 10 double in-season tix to giveaway for The Public.

THE PUBLIC,is a moving and evocative drama, written by, directed by and starring Emilio Estevez, to hit cinemas nationally on 1 August.

Also starring is Alec Baldwin who dropped everything to be in this film, Taylor Schilling and Christian Slater. THE PUBLIC, takes place in downtown Cincinnati during a particularly bitter winter where an Arctic blast has made its way to the front doors of the Public Library – where most of the film’s action takes place.

The story revolves around the library patrons, many of whom are homeless, mentally ill and marginalised, as well as the exhausted and overwhelmed staff of librarians who have not infrequently built emotional connections with these regular patrons, along with a sense of obligation to care for them.

At odds with library officials as to how to handle the extreme weather the patrons turn the building into a homeless shelter for the night by staging an ‘Occupy’ sit in. What begins as an act of civil disobedience becomes a stand-off with police and a rush-to-judgement by media who keep speculating about what’s really happening. This David versus Goliath story tackles the incredibly challenging issues of homelessness and mental illness and sets the drama inside one of the last bastions of democracy-in-action: your public library.

In cinemas August 1st 2019 this is on our hit list to watch.

Enter your name address and contact number and send to [email protected] and subscribe to our twitter page to be in the draw for this feel good film The Public.