Douglas Kennedy Is Back With On Centre Stage. 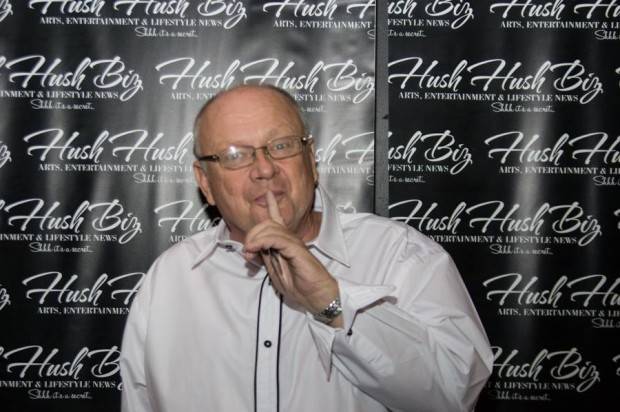 On Centre Stage
And After a Small Break….: OCS Is Back!

Listen do you want to know a secret?
When you fracture a bone in your right hand – the one God uses to offer a seat by his side or in my case a humble writing instrument – it causes one hell of a fuss. So when I came tumbling down outside the Queensland Performing Arts Centre (QPAC), and put my right hand out to save myself, I instinctively knew that life would be miserable for the next seven or eight weeks.
See John Howard hasn’t got a monopoly on instinct.
However while instinct has helped the former PM and one-time solicitor understand the complexities of environmental science, and climate change, mine simply made the act of writing more than a few lines in an email a total pain. So I decided to rest OCS, the way you would a fine cheese or bottle of wine, and allow my ideas to mature while I concentrated on developing my Brisbane Arts and Entertainment Greet – a free themed tour for art lovers – and my regular 612 ABC gig as a theatre reviewer on Spencer Howson’s Friday morning breakfast show.
Sometimes bad things – like all good things – come to an end and now I am ready to go back to this column with renewed energy and a revised mission statement, which hopefully will blend the old and the new into a comprehensive arts and entertainment experience, which has something for someone or maybe someone and someone else. I would not be so arrogant as to claim something for everyone as I know that no single individual has such far reaching powers. Only politicians claim to speak on behalf of everyone and I sometimes wonder if they really, truly, believe that.
If they do we really are in deep shit.
I am going to continue with my own personal take on the arts and entertainment scene here in Brisbane – and maybe comment on what’s happening elsewhere – with a number of stories lines in the pipe-line. Among the coming attractions will be stories on the big musical show Dust, featuring Hunters and Collectors’ Mark Seymour and a cast of 50, highlighting asbestos awareness, BAT’s the Little Shop of Horrors, QPAC’s Chitty Chitty Bang Bang, and the Queensland Ballet’s upcoming production of Nutcracker (among other shows).
I’ll also be taking the opportunity to focus on several of the 2014 seasons being rolled out by various companies at this time of the year such as Harvest Rain, the Queensland Theatre Company, Powerhouse’s World Theatre Festival 2014, the Queensland Ballet, Opera Queensland, La Boite, Metro Arts and, of course, the Queensland Performing Arts Centre 2014 program (once again among others).
Before anyone feels snubbed or rejected, I’d like to add that I’ll be also shining a light on the future plans for some of the smaller companies, including the Nash Street Theatre, the Brisbane Arts Theatre and all the other small community companies which play such an important role in the overall make-up of the city’s artistic life. So keep the press releases and announcements rolling in.

I won’t be continuing in 2014 with my theatre reviews on Spencer Howson’s remarkable 612ABC breakfast show – no they haven’t kicked me off – as I feel it’s time for a re-fresh (as they say in computer terms) and a chance to stand back from the coal face and have a look at the bigger picture. The weekly round of one, two or even three shows – that’s about 55-60 a year – has a use by date.

I loved going on air with Spencer and Kelly Higgins-Devine before that, but the time has come the walrus said………
That’ll give me more time to take in a wider range of some of the wonderful arts and entertainment delights on offer in this city, including the visual arts and cinema.
I’ll also be moving into the area of audio blogging, as a compliant to the written word, as I how have a new plaything in the shape of a sound recorder and a long list of creative and fun people whose words I’d love to record for prosperity and, of course, my OCS column.

Last, but not least, The Universal Thespian, Sir Haulway Barrack- Jones, will be back with his time travel tales from the world of theatre through the ages and his tall stories of daring dos and doggy encounters with actors, writers, director, show girls and other questionable creative types from time immemorial to time immoral.
Barrack-Jones, in the great tradition of time travelers, has his own distinctive craft, which in is this case blends into the landscape as a Victorian cottage-style gents toilet which belies the main cockpit of the machine known as the Green Room (see pictures). 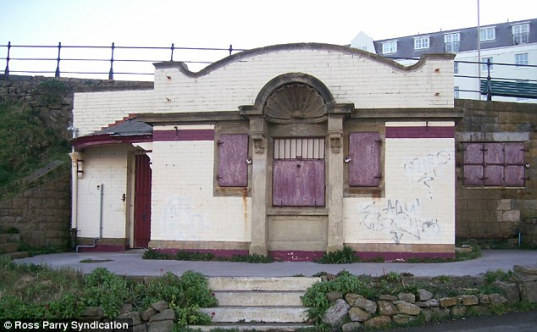 For once the side of the time machine is actually smaller than the inside, but Barrack-Jones’ adventures are not on TV (yet). 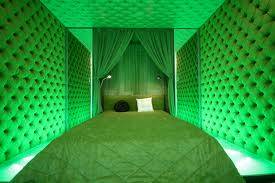 OCS introduced this strikingly individual eccentric to our cozy little world in the last posting before the small break shattered the calm, for more weeks that I care to recall, and now he’s back with insights and stories from the theatrical past.
It would have been lovely to have him here during the recent run of the Queensland Theatre Company’s last production of the 2013 season, a new and brilliantly entertaining interpretation of Noel Coward’s 1931 hit Design for Living, as I am sure he would have had an encounter with the Master at some time or another and definitely something interesting to say.
Coward wrote this story of a ménage a trois for himself and his friends, Alfred Lunt and Lynn Fontanne……..aah but it’s sadly too late as this show has now closed and OCS is very much about here, now and the future.
What a shame that companies such as QTC don’t retain and re-stage great productions in the same way that ballet and opera companies do as I am sure that this Design for Living, directed by the QTC’s artistic director, Wesley Enoch, would have a long-standing place in the repertoire as a crowd favorite.
Well – we are lucky – as good theatre and performance in Brisbane at present is as plentiful as London buses- there’s always something coming along in a minute.
Now for something completely serious………….