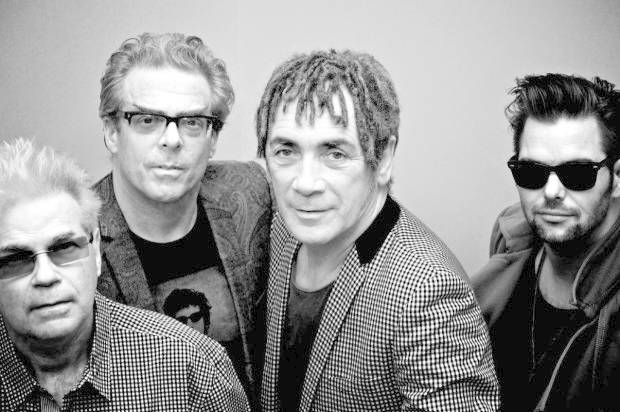 With the celebration of their 40th anniversary last year, iconic band Dragon are showing no signs of slowing down, having recently released their latest album, Roses.
Roses is an eclectic mix of acoustic indie songs and commercial pop tracks screaming out for radio play, interspersed with that unforgettable Dragon sound fans know and love. Written over the past 18 months, the album is a team effort, with all band members pitching in to make the record shine. Its release is the tenth since the band’s re-incarnation in 2006.
It was in the 1970s that the band really hit its stride and with lead singer Marc Hunter, they set out to take the world by storm. Hits such as April Sun in Cuba, Are You Old Enough? and Rain saw them win a host of awards and even feature on classic talent show Countdown, which is how any band worth their salt in those days could be certain they’d arrived.
The road to success was rocky. Though the line-up changed once or twice during their years of triumph, their devout fans loved the band just as they were. In 1997, the music industry was rocked when Marc Hunter was diagnosed with cancer. Following the death of their lead singer shortly after diagnosis, the band split and the legend that was Dragon was over … or was it?
2006 saw founding member and Marc Hunter’s brother Todd approach Mark Williams, Bruce Reid and Pete Drummond about a Dragon’s rejuvenation, the Phoenix Years, as they would come to be known. Since their re-incarnation, the band has released various records, been inducted into the Aria Hall of Fame in 2008, as well as extensively touring Australia, New Zealand and South Africa at a ‘gentlemanly’ pace.
The old Dragon is not dead; it thrives through the passion with which the band members play. Whether it’s on the club circuit or A Day on The Green, these guys love to play and feed off the love their fans give. ‘I really just love playing the songs to people who love them. Those (old) songs are such a massive part of people’s lives, and my life,’ says Pete Drummond, who grew up listening to Dragon and now plays drums in the band.
Drummond, who wrote some of the new material, sees the new album as a chance to produce songs that will eventually add to the legend that is Dragon. ‘I’m always mindful of contributing to the band’s catalogue. I always feel it’s a great privilege to write songs that we record and then become part of the band’s history,’ he says. Songs featured on the new album, such as Hey Hey and Don’t Wait for Tomorrow have been welcomed by fans, who react to the new material with just as much enthusiasm as they do the old. ‘We’re so fortunate that the music has a life of its own.’
Dragon has gigs booked until mid-2015. Tour dates are available via the band’s website. Roses is out now.