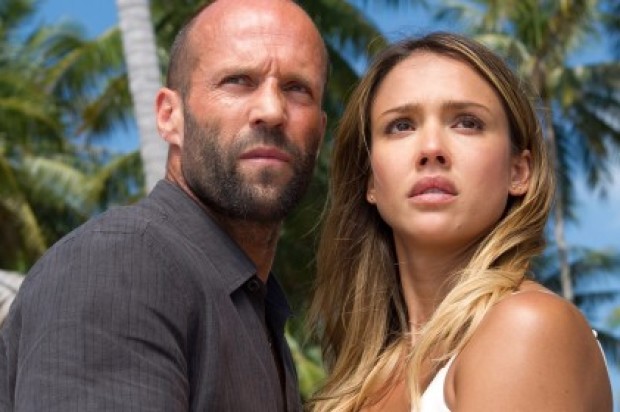 By no means would you consider ‘Mechanic: Resurrection’ a good film. At the same time though it’s a Jason Statham actioner that delivers pretty much what one would expect, coming off overall as one of his lower end vehicles though with the original ‘Mechanic’, ‘The Transporter’ and its sequel, and ‘Crank’ still serving as his better genre features.

Feeling hardly like a sequel (Statham’s Arthur Bishop feels drastically different in his demeanour) ‘Mechanic: Resurrection’ hopes to operate on the most basic of levels, and given that the film serves up a smattering of bloody fights, exotic locations (the film crams in Thailand, Australia, Brazil and Bulgaria in its slick running time) and aesthetic pleasantness in both Statham’s impressive frame and the eternally youthful Jessica Alba, you can admittedly deem the film a mild success.

Having said that, Dennis Gansel’s overblown film never stays still and offers up enough plot monstrosities that defy the very basics of logic that the film slowly descends into unintentional comedy – not exactly the outcome a film like this was probably expecting. The plot itself details nothing we haven’t seen before with Statham brought out of retirement (he faked his own death) to execute a plan involving the assassinations of three separate figures, assassinations that all have to appear as accidents. Just why he would do this? Well, his window-treatment girlfriend Gina (Alba, looking amazing but left with little to do) has been kidnapped and her release is banked on Bishop implementing his proposed plan.

The additional casting of Michelle Yeoh and Tommy Lee Jones alludes to the film being grander than it is too, though the involvement of both ends up being more perplexing than prominent. Yeoh, best known for her work in such stunt-heavy films as ‘Crouching Tiger, Hidden Dragon’, doesn’t even get a singular action sequence to showcase any of her prowess, and Jones (despite prominent billing) is relegated to little more than an extended cameo in an appearance that doesn’t form until the film’s final act; at least the notoriously grouchy actor seems to be having a bit of fun in a role that he best share credit with the glorious soul-patch he sports.

Whilst he has flirted with more respectable productions throughout his career (his hilarious turn in last year’s ‘Spy’ being a prime example) Statham seems all-too comfortable in B-grade fare like ‘Mechanic: Resurrection’, and this film is a testament to that as it never appears like he’s stretching beyond his capabilities. There’s fun to be had here but it’s ultimately for all the wrong reasons.