Audi Cup football Germany Soccer Sports by Caroline Russo | on August 5, 2015 | 0 comments | in Whats the Buzz | Like it On Tuesday evening, spectators in the Allianz Arena and watching on television enjoyed two exciting football matches and an inspiring atmosphere during the opening ceremony, in which 250 apprentices from AUDI AG participated. The two favorites qualified for the final: first, Real Madrid beat Tottenham Hotspurs before Bayern went on to win against AC Milan. 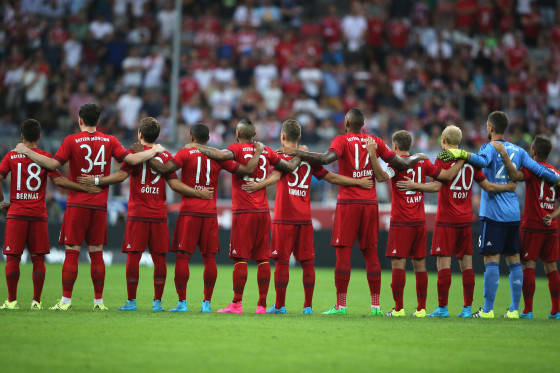 General views at Allianz Arena on August 4, 2015 in Munich, Germany.

Even without Cristiano Ronaldo and Benzema, the ‘Royals’ displayed no weaknesses against Tottenham: in the 36th minute, James Rodríguez headed home to make in 1:0. After half-time, Gareth Bale increased the lead to 2:0 in the 79th minute. Afterwards, FC Bayern made its first international appearance of the new season in its home stadium. The team from Trainer Pep Guardiola was clearly superior to AC Milan and won convincingly with goals from Juan Bernat (23rd minute), Mario Götze (74th minute) and Robert Lewandowski (84th minute). 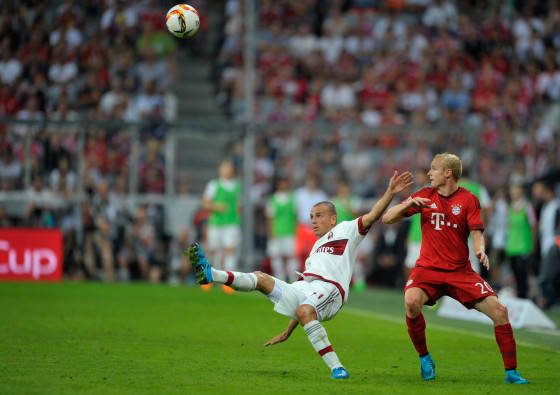 Sebastian Rode in action at Allianz Arena on August 4, 2015 in Munich, Germany.

Before the second semi-final, FC Bayern and Audi announced the extension of their partnership: Chairman of the Board of Management, AUDI AG Rupert Stadler and FC Bayern Executive Board Chairman Karl-Heinz Rummenigge announced that club and automobile brand form a team until 2025. The cooperation, which exists since 2002, is regarded as one of the most successful connections in international football. 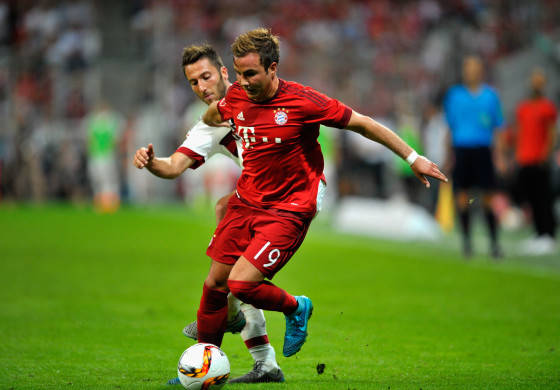 Mario Gotze in action at Allianz Arena on August 4, 2015 in Munich, Germany.

Even though the winner is only chosen on Wednesday, the first trophies were awarded on the first match day for the respective ‘Man of the Match’: James Rodríguez (Real Madrid) and Juan Bernat (FC Bayern München). For the first time during this year’s Audi Cup, a data-supported electronic system determines the recipient of this title. A unique evaluation and ranking procedure was developed for the tournament: the Audi Player Index. Almost every activity of a player, for example sprints, shots at goal, crosses, tackles and ball possession, is recorded and using a differentiated and Audi-specific evaluation system converted into a specific figure. 91 different parameters and up to 2,000 relevant events per match are taken into account. 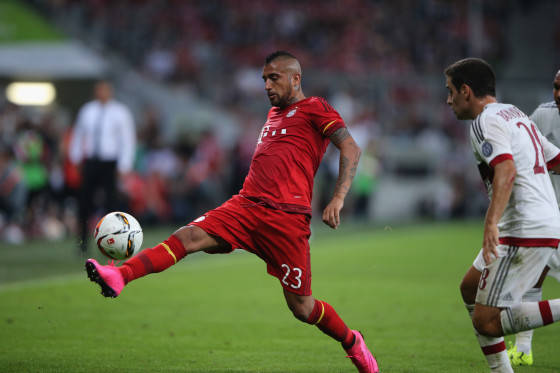 Arturo Vidal in action at Allianz Arena on August 4, 2015 in Munich, Germany.

The third place playoff match between Tottenham and Milan kicks off at 18.15. Afterwards, FC Bayern and Real Madrid play for the 60 centimeter high Audi Cup manufactured from aluminum. All the information about the Audi Cup is also available online at www.audi-mediacenter.com, www.facebook.com/Audi.Football or on the Twitter channel @Audi_Sportnews.