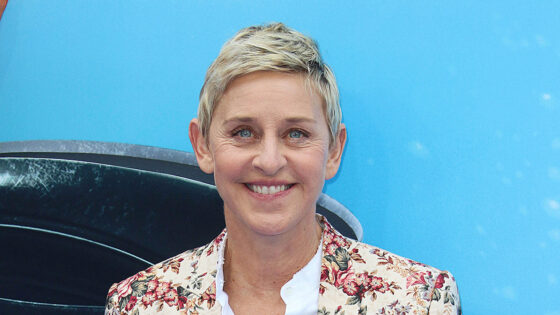 Ellen DeGeneres has tested positive for COVID-19, and production on her talk show will be paused until January, Variety has confirmed.

TWITTER
“Hi Everyone, I want to let you all know that I tested positive for Covid-19. Fortunately, I’m feeling fine right now. Anyone who has been in close contact with me has been notified, and I am following all proper CDC guidelines,” she wrote on Twitter on Thursday morning.

“I’ll see you all again after the holidays. Please stay healthy and safe,” she added. A Telepictures spokesperson confirmed to Variety that production will be halted until January.

The shutdown comes as “Ellen” ratings were on a roll thanks to the show’s annual “12 Days of Giveaways” series. The show hit its highest rating since May during the week ending Nov. 29.

Season 18 of “The Ellen DeGeneres Show” premiered on Sept. 21 after months of controversy involving an internal investigation after allegations of racism, sexual misconduct and other workplace problems. Three top producers were fired in August, Variety exclusively reported. During the pandemic shutdown in the spring, “Ellen Show” staffers raised complaints about poor communication, pay reductions and mistreatment.

In an internal memo to staff DeGeneres apologized, writing “On day one of our show, I told everyone in our first meeting that ‘The Ellen DeGeneres Show’ would be a place of happiness — no one would ever raise their voice, and everyone would be treated with respect. Obviously, something changed, and I am disappointed to learn that this has not been the case.”

She also addressed the allegations during her Season 18 opening monologue. “As you may have heard, this summer there were allegations of a toxic work environment at our show and then there was an investigation,” she said on air. “I learned that things happened here that never should have happened. I take that every seriously and I want to say I am so sorry to the people that were affected. I know that I am in a position of privilege and power and with that comes responsibility and I take responsibility for what happens at my show.”