ELLEN DEGENERES TV HOSTS WARNER BROTHER by Caroline Russo | on July 28, 2020 | 0 comments | in Entertainment | Like it

Breaking from E Entertainment is that 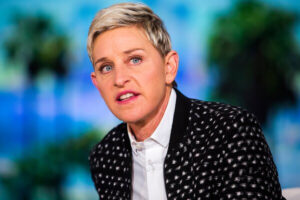 The Ellen DeGeneres Show is under internal investigation by WarnerMedia following multiple allegations from former staffers, according to multiple reports.

Executives from Telepictures and Warner Bros. Television sent a memo to staffers last week saying they have engaged WBTV-owner WarnerMedia’s employee relations group and a third-party firm, which will interview current and past staffers about their experiences on set, according to Variety, which first reported the story.

Reps for The Ellen DeGeneres Show and Warner Bros. Television declined to comment when reached by EW. A rep for DeGeneres did not immediately return EW’s request for comment.

The investigation comes after a BuzzFeed News report featured one current and 10 former staffers who spoke anonymously about their experiences on set, which they described as a “toxic work environment” filled with racism, intimidation, and fear. In the piece, Black employees spoke about racial microaggressions they experienced and said that they feared retribution for raising complaints. Others claimed they were fired after taking medical leave or bereavement days to attend family funerals.

While most former staffers interviewed in the report blamed executive producers and other senior managers for “the day-to-day toxicity,” others said they were told by their direct managers not to speak to DeGeneres if they saw her around the office. One former employee noted that since it’s Ellen’s name on the show, “she really needs to take more responsibility.” No specific allegations were made against DeGeneres, who has hosted the program since 2003. DeGeneres has yet to make a statement about the allegations.

In response to the BuzzFeed report, the show’s executive producers Ed Glavin, Mary Connelly, and Andy Lassner released a joint statement to the outlet taking full responsibility for the show’s daily operations.

“Over the course of nearly two decades, 3,000 episodes and employing over 1,000 staff members, we have strived to create an open, safe and inclusive work environment,” read the statement. “We are truly heartbroken and sorry to learn that even one person in our production family has had a negative experience. It’s not who we are and not who we strive to be, and not the mission Ellen has set for us. For the record, the day-to-day responsibility of the Ellen show is completely on us. We take all of this very seriously and we realize, as many in the world are learning, that we need to do better, are committed to do better, and we will do better.”