countrymusic emmadykes the drovers by Caroline Russo | on November 12, 2019 | 0 comments | in Music | Like it 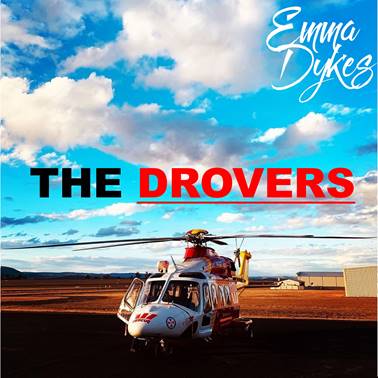 Emma Dykes has today released her new single ‘The Drovers’. It follows the success of her previous single ‘The Riddle of Life’, which debuted at #9 on the iTunes Country Singles Chart and spent weeks in the Top Ten Most Requested – including #1 – on the Australian Country Songwriters Show.
‘The Drovers’ comes from a personal place for Emma Dykes. As a rural emergency nurse, she has regularly relied on the Westpac Rescue Helicopter to transport seriously ill patients. She was asked to take part in a fundraiser as the performing artist. The 4500km off-road 4WD adventure named “The Drovers Run” was raising money for the rescue helicopter. Dykes penned the track with Matt O’Leary on the back of a restaurant menu in Arkaroola while on that tour. For inspiration, they had asked each of the people on the fundraising tour to write down what the chopper meant to them.
The track was produced by Matt Fell at Love Hz Studios and likens the efforts of the fundraising Drovers with the importance of the Westpac Rescue Helicopter itself. ‘The rescue service is there when it is needed, free of charge, all thanks to these

fundraising efforts,’ says Dykes. ‘It’s a worthy cause and one that we want to be ready and waiting, though we hope we’ll never need to use it.’
While Dykes has already tasted success on the charts, she also made a splash in the Country category of the Australian Songwriting Competition with her single ‘Pay It Forward’ placing 5th. It also placed as a finalist in all five eligible categories, won Song of the Year in the Oz Country Downunder Blue Diamond Awards and earned her a nod for Female Vocalist of the Year.
With a tour through Germany supporting the Joeys Oz Band, as well as Wendy Matthews closer to home and appearances at the Tamworth Country Music Festival, not to mention the Drovers Run tour, Dykes is no stranger to the live stage and puts on an enthralling show that mixes up originals and covers to great effect. But it’s her presence that really engages, with Golden Guitar winner Luke O’Shea saying that she ‘has that calming energy about her that’s a combination of empathy and strength. It’s essential to being a Registered Nurse, but thankfully this also transcends through her voice and into her beautiful songs.’