Oz Comic Con is back in Brisbane for 2019 and with a great guest lineup and massive turnout it is set to be one of the best years yet. This year sees the likes of Keiynan Lonsdale from The Flash, Hayley Atwell from Agent Carter and the Captain America films and Aisha Tyler from shows like Archer, Whose Line is it Anyway and Ghost Whisperer. Other guests this weekend include John Barrowman, Luke Baines, Osric Chau and Dominique Provost-Chalkley among others. All attendees were provided with Mountain Dew and Nutri-Grain products to help them keep their energy levels up during this jam packed weekend. A highlight was the John Barrowman panel. Barrowman is a regular to Australian convention scene, having previously appeared in conventions in Sydney, Brisbane and the Gold Coast. He once again brought his lively personality to the panel stage in front of a crowd of his fans. Another highlight was the Keiynan Lonsdale panel. Lonsdale talked about his diverse career in both acting and music(as well as becoming a role model in the LGBTQ+ community). He also sadly informed his fans that although he is set to return to the Flash, he will not be involved in the huge ‘Crisis on Infinite Earths’ crossover. This had been a long running question on fans minds given the characters light appearances in the CW DCTV shows in recent years. In terms of sights, a massive draw was the to scale tie fighter from Star Wars. 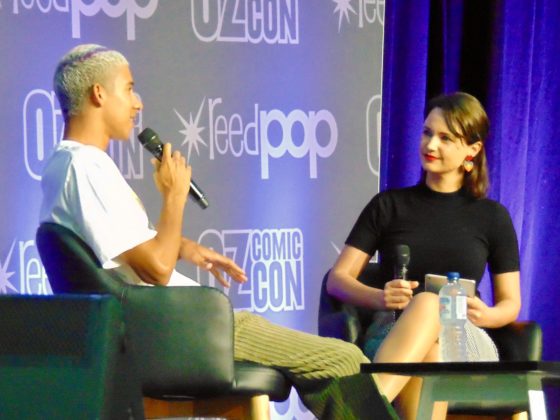 Overall, yet another successful convention with a lot of pop culture fun and excitement that will continue next weekend in Sydney. 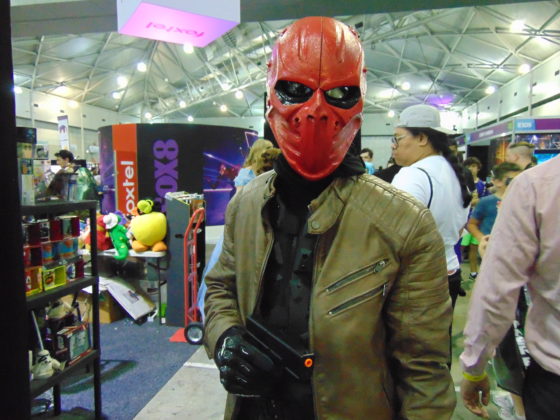