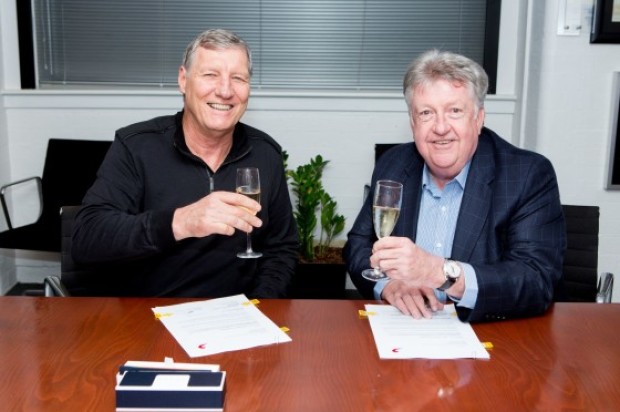 Sony Music Australia is excited to announce the launch of Fangate Music, a new label with leading contemporary country music promoter Rob Potts.
This new label will seek out and develop international country artists while keeping a close eye on any emerging local talent.
Rob Potts is a music industry veteran of thirty seven years. His company Rob Potts Entertainment Edge has been at the forefront of touring the world’s biggest country stars in Australia and NZ. This has included successful major tours with Alan Jackson, Taylor Swift, Brooks and Dunn, Dolly Parton, Tim McGraw and Faith Hill, Jason Aldean and Carrie Underwood, amongst many more. He is also the co-promoter of CMC Rocks QLD, the biggest international country and roots festival in the southern hemisphere.
“It’s exciting to be offered my own imprint label on Sony Music by Denis Handlin at a time where there are so many great opportunities in the recorded music space,” says Rob. “I look forward to my new association with Sony Music and working with the team to bring some terrific artists to the roster and lots of awesome music for us to work on together. Let’s open the FANGATE.“

Denis Handlin AM, Chairman and CEO of Australia & New Zealand and President Asia, Sony Music Entertainment said “Rob Potts is one of the most respected figures in the country music genre in the world. We are very proud and excited to be working with him on this brilliant new venture. Rob brings with him a wealth of knowledge as well as a host of long term relationships to this partnership. We look forward to developing some outstanding country artists together on the Fangate Music label”.