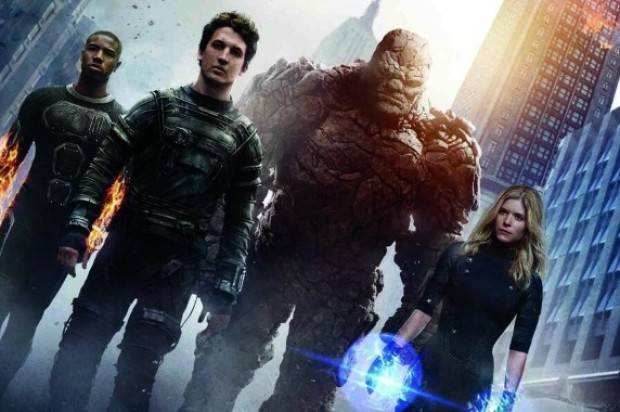 Oh ‘Fantastic Four’, why are you such a hard commodity to successfully execute? Hollywood has been at a loss with Marvel’s awesome foursome with their attempts in the form of an unreleased Roger Corman production from the 1990’s and two poorly-received (but financially successful) outings a decade ago proving futile. Hoping a reset with a reliable director (Josh Trank – ‘Chronicle’) and a proven cast would somehow right all the wrongs that have so far plagued these particular characters, this 2015 incarnation is sadly neither an improvement over the last big-screen adventures nor a vastly enjoyable movie on its own accord.

Though it has adopted a slightly more grounded approach than the 2005 version, there’s a sense of disconnection in terms of harmony as everyone involved appears to be working independently as opposed to a more collaborative mentality. Devoting 2/3rds of the running time to character development and their subsequent relationships is one of the better aspects here but when it clocks in at a mere eighty minutes (ninety at the most) it frustratingly results in a production that feels simultaneously stagnant and rushed. The film initially introduces us to the characters of Reed Richards and Ben Grimm as youngsters who bond over Reed’s enthusiasm for building a teleportation device before fast-forwarding to their fresh-out-of-high-school-days where the duo, now played by Miles Teller and Jamie Bell respectively, is poached by scientist Franklin Storm (Reg E. Cathey). Working together with Franklin’s hot-headed son Johnny (Michael B. Jordan), his adopted daughter Sue (Kate Mara) and obvious-villain-in-waiting Victor Von Doom (Toby Kebbell), they create an expansive device that transports them to an alternate planet, a destination they hope to claim for themselves – for the good of science of course.

A late night (unauthorized) excursion to this secondary planet, dubbed Zero, results in a predictable accident which bestows a series of supernatural abilities onto our faithful workers; Reed now possesses the capacity to stretch his limbs, Johnny can fly and ignite his body into fire, Sue harnesses invisibility, and Ben, through his exposure to the contaminated rock fragments on Zero, has been malformed into a giant rock formation with super-human strength. The sequence in which each character comes to the realization of their new skills is one of the better scenes on offer but the film opts to bypass any further detail on the group working with their capabilities by jumping ahead in time to when they’re all professionals with their skills and acting as weapons of sorts for the military. This plot point is interesting enough in itself; it’s just a shame we don’t care about it that much as it’s clear that the writers were hardly invested either.

If it’s not the writers fumbling about with a story that feels like they couldn’t agree on how to wrap-up – the ever-so-rushed climactic battle scene with our titular quartet facing off against a bent-on-destruction Doom is the only slice of action the film has – it’s the surprisingly outdated CGI and barely-there sets that weigh this uncomfortable film down. Then there’s the impressive ensemble that, for whatever reason, fail to inject any personality into their parts – a real shock considering how uniformly reliable each of them are. With none of the intensity we saw in ‘Whiplash’, or even any of the cocky assuredness displayed in the ‘Divergent’ films, Miles Teller’s turn as Reed is very by-the-numbers. Michael B. Jordan, another forceful performer, is having slightly more fun, and the film gives his character an interesting arc in that he seems to be the only one enthused with his new powers, but this is never given any time to be properly explored. Jamie Bell, one of the more interesting actors of his generation, is peculiarly lifeless as Grimm, and though there’s a hint of sad expression in his eyes in his transformed state, his predicament gets zero devotion. And then there’s Kate Mara, a usually fine, chameleon-like actress who sleepwalks through her underwritten role, so much so that it becomes apparent how much more Jessica Alba had to work with, and delivered accordingly, in the 2005 film.

Judging by the final frame of (not-so) ‘Fantastic Four’ it’s evident a sequel is in the midst, and perhaps there’s a better, more tightly knitted story waiting to be told, but the promise of something better doesn’t justify a puzzling start to a group of characters who seemingly appear like the easiest to conduct a story around. Time will tell if this is successful enough to warrant a continuation, but, at this point, the decade-old incarnate with the aforementioned Alba and a pre-Captain America Chris Evans reigns far more supreme in my eyes.