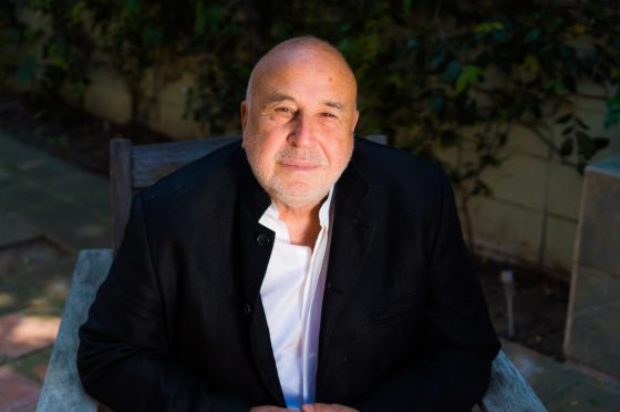 FanVestor is the first of its kind engagement platform that allows fans to invest in their favorite sports, music, tv/film, entertainment and media celebrity brands

HSBC will provide global treasury management and custody services of new projects and issuances launched on the FanVestor platform.

FanVestor is also excited to announce the addition of three powerhouse visionaries who have joined the advisory board—Marty Pompadur, Larry Namer and Phil Quartararo. Marty, Larry and Phil individually bring four decades of experience in media, entertainment, TV and movies, with a host of successful ventures under their belts—including Pompadur’s Rule & Pompadur (“R P”) Companies he started with former ABC President Elton Rule, Namer’s E! Entertainment and Hello Hollywood in China—and Quartararo was named by Billboard magazine as Music Executive of the Year (2001), having worked with the music discovery app Shazam, the talent management firm The Collective and was executive producer of the eight hour PBS miniseries The Soundtrack of Our Lives. He also served as executive producer of the double Grammy award-winning album, Les Paul And Friends: A Tribute To A Legend.

“We are in an industry where we constantly strive for a better and different Fan/Artist relationship, where both sides share more, have better interaction, and greater participation. FanVestor is the next generation vehicle that has the capabilities to do exactly that,” said Quartararo.

With Pompadur’s background in music, cable, radio, television, and publishing, he couldn’t agree more with Quartararo. “With the new SEC rules, we now have the tools to democratize the traditional capital markets model, and FanVestor is an efficient onramp to US regulated (Reg CF, A+, D, and S)/public (S-1) offerings,” said Pompadur.

Pompadur is no stranger to startups. When Pompadur left his Vice President and Board of Directors position at ABC in 1977, he went on to become President of Ziff Corporation and later, as an advisor to News Corporation and Chairman of News Corp Europe, he wrote the business plan for the start-up of the Fox Television Network in the ’80s. In 1998, Mr. Pompadur became Executive Vice President of News Corporation where he served for a decade and was in instrumental in negotiating the merger of Stream and Telepiu to create Sky Italia in Italy, now one of the world’s most successful Pay-TV businesses. He currently is a board member of two public companies: Nexstar Media Group and Chicken Soup for the Soul Entertainment.

Larry Namer is an entertainment and media entrepreneur who, along with Alan Mruvka, founded E! Entertainment Television and Movies USA Magazine. He has also founded several other media companies around the globe and currently heads Metan Global Entertainment Group.

Today, Namer is recognized as one of the world’s leading experts on new technology and how it is fundamentally altering the business of international media and entertainment. Among the companies that have enlisted his expertise are Microsoft, Paul Allen’s Digeo, World Digital Media Group (a joint venture of Radio Shack), EchoStar and Sirius Radio network.

“As I had previously said numerous times, don’t marvel at today’s technology. Tomorrow’s will be better. Build ideas on what will be, not what is (within a reasonable time frame of course). FanVestor is onto a big complex idea, and under Michael Golomb’s leadership and the team we are building, it is positioned for tremendous growth,” said Namer.

“The FanVestor team and I are truly humbled and excited to join forces with Marty, Phil, and Larry. I wish to thank each one of you for your participation in revolutionizing and democratizing the traditional capital markets model to bring an alternative financing source to these industries,” said Golomb.

About FanVestor
Imagine if you could partner with your favorite celebrity or professional athlete. What if you could be a part owner in your favorite sports team or music group? Have access to limited perks and experiences from your favorite star? Now you can! FanVestor is a next generation investment bank that allows fans to participate in exclusive opportunities such as music tours, albums, charitable events, movie productions, new TV shows, sports stadiums and many more exclusive opportunities never made available to the public before.

Artists can also use the FanVestor platform to raise fan driven capital to buy back their music masters—something that would revolutionize the music industry. To quote the Beatles, “You say you want a revolution—Well, you know—We all want to change the world.”

Founded by Michael Golomb, an entrepreneurial executive with three exits behind him, he holds CPA and master degrees from Stanford GSB and Santa Clara University. Michael has over twenty years of senior management experience across a broad spectrum of industries ranging from startups to large public corporations including telecom, blockchain, digital health & medical devices, consumer electronics and hardware, manufacturing, software/SaaS, and real estate.