Fifi Box has revealed to her listeners on Today National Drive that she will be leaving the show.
Fifi is moving to host Fox FM breakfast with Dave Thornton from 2014, replacing the long running Matt & Jo. Earlier I spoke with Fifi & Dave, as well as Fox FM Content Director Dave Cameron about the new show. Mark: So Fifi, is this your ploy to get away from Jules …. is that the real story here ? (laughs) Fifi: (laughs) Noooo I love Jules.He is and always has been one of my best mates. The great thing is though we’re still working at the same radio station so I still get to be close to him but I do get to fulfil my dream of being on Fox FM breakfast. That for me was an offer too good to refuse. Being a Melbourne girl and growing up listening to The Fox, when I got into radio this was my dream shift. I’m sort of pinching myself.

Sophie Monk is top candidate for Replacement of Jackie O.
Sophie has been reported to replace Jackie O on 2day Fm breakfast show when her and Kyle Sandilands are planned to finish up on the show at the end of the month.”Sophie is distracted easily,” says a well-placed source. “The other major question is, will Sophie be relatable to the listeners of 2Day’s Sydney audience. Sure, she’s lived in Hollywood but can people relate to that day in and day out.”The radio industry has been shaken up with theories surrounding the departure turbulence that will occur once Kyle and Jackie O leave the network all together.It is believed that the dynamite pair will move to mix106.5. 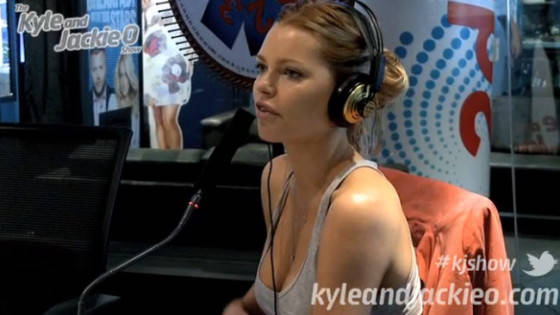 Beyonce and Jay Z Rock Solid
Beyonce and Jay Z’s five- year marriage has been the most solid marriage that has occurred in Hollywood. But this could soon be over and on the rocks according to the Star magazine. A close source to the Queen B and King Z are trialing a separation as her man was considered to not be putting his family first. Going out every night on his European tour. “She told him he was selfish,” the source blabbed to Star. “Beyonce has been feeling like a single mother lately — and has been letting her husband know he’s on shaky ground, and she’s using the time they spend apart as a trial separation.”Queen B at first was not phased with her hubby touring with Justin Timberlake in Europe. But thought he would take time out of his tour of Australia and New Zealand with the family. But to her surprise he only made a quick trip down under with Bey and Blue Ivy.There’s no official word from Beyonce and Jay Z’s insiders about this suspected rumors. Jennifer Lawrence hungry for hunger games
Hunger games star Jennifer Lawrence has claimed she will not loose weight for the Hollywood scene and is avoiding the concept of getting too thin.The 22-year-old actress has believed to tell Elle magazine, “I don’t want girls to be like, ‘Oh, I want to look like Katniss, so I’m going to skip dinner.’”Lawrence is said to be conscious of her role model status when she was shaping her body perfectly for the blockbuster movie. “I was trying to get my body to look fit and strong, not thin and underfed,” she said.Others in Hollywood are seen to melt at the issue of weight loss, but not Jen.”I eat like a caveman,” she said. “I’ll be the only actress who doesn’t have anorexia rumours.“I’m never going to starve myself for a part. I keep waiting for that one role to come along that scares me enough into dieting, and it just can’t happen. I’m invincible.”Jennifer is in the middle of filming the hunger games, which is due out next year. Kimye Wedding on hold?
Looks like the wedding for Kim Kardashian and Kanye west may be placed on hold.
It is believed this week that the pair is already busy planning a sibling for their five-month-old daughter North West. As it’s believed Kim would like her children to be close in age and west is said to want a bug family. The couple is believed to have a set timeline for their own nuptials and also for the second bundle of joy. She claims to try and get pregnant by next summer following the wedding. But will the wedding be filmed for the second time around? That’s the big question. Kim has remained quiet about her engagement to West on October 21, which was held in the San Francisco’s AT&T Park. Kanye is believed to have some special ideas set for their ‘ big day’ and also his first marriage. 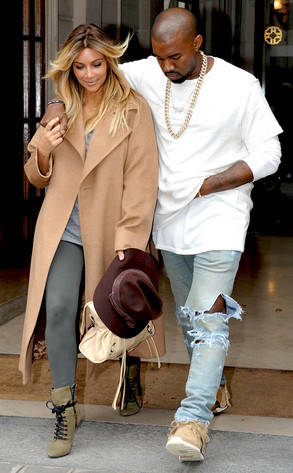