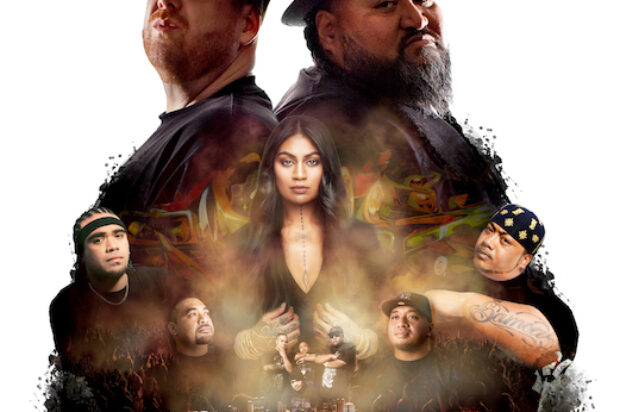 In partnership with Universal Pictures Content Group, Maslow Entertainment announced its first release into Australian cinemas; the inspiring, uplifting and hugely entertaining film, ‘DAWN RAID’. This truly theatrical worthy experience will be shown loud and large on the big screen, as it was meant to be seen, across the country from January 21, 2021.

Brilliantly directed by New Zealand’s Oscar Kightley (known for his performances in ‘HUNT FOR THE WILDERPEOPLE’, ‘THE BREAKER UPPERERS’ and ‘SIONE’S WEDDING’), ‘DAWN RAID’ tells the extraordinary, untold story of the innovative and acclaimed New Zealand music label, Dawn Raid Entertainment and its two founders, Andy Murnane and Brotha D. From humble beginnings selling t-shirts on the streets of South Auckland, this unlikely duo formed a legendary partnership that would defy the odds and connect with audiences across the world.

The film also explores the hidden challenges and struggles buried deep beneath the glamour of chart-topping hits, including rifts between artists, unpaid tax debts, feelings of failure and betrayal … and the immeasurable musical legacy created in spite of all this. Featuring some of New Zealand’s biggest hip-hop and RnB artists, including Savage, Mareko, Adeaze and Aaradhna, ‘DAWN RAID’ is an emotional, heart pounding celebration of home grown talent that not only gave a voice to its local community, but paved the way for a future generation of artists.

Managing Director of Maslow Entertainment, Marc Wooldridge says: “The entrepreneurial energy of the Dawn Raid Entertainment story and the likeability and charisma of its founders, Andy and Brotha D, is utterly compelling. We share their start-up mentality at Maslow, and so it feels very fitting that this is our first theatrical release. This film deserves to be seen on the big screen, and we can’t wait to share it with Aussie audiences this Summer”.