“I met with Legendary Pictures in Los Angeles in June and am thrilled they have chosen to film in Queensland,” the Premier said.

“Securing Kong: Skull Island demonstrates the momentum we are building to ensure Queensland is a destination of choice for major producers and international studios.

“Kong will spend more than $15 million in Queensland by leveraging our world-class facilities and enlisting cast and crews in all aspects of physical production.

“The production will create 60 local jobs in addition to the Queenslanders who have already been enlisted with the Production Manager and Art Director already confirmed as Queenslanders,” Ms Palaszczuk said.

“Filming will take place at Village Roadshow Studios as well as on location throughout south-east Queensland.

“Queensland will also benefit beyond the economic spend during production with films such as this showcasing our region internationally.

“My government continues negotiations with US studios to secure additional films which will bring new money into the state, create new jobs and economic opportunities for Queensland,” Ms Palaszczuk said.

“Kong will be shooting in two other international territories in addition to Queensland.

“Our local industry is certainly getting some big international credits under their belts and making incredible local content, as well as building the careers of emerging talent,” Ms Vieira said. 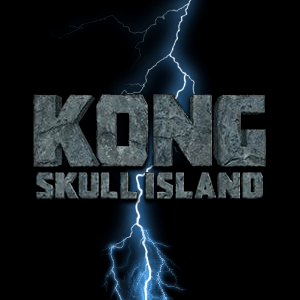 Directed by Jordan Vogt-Roberts and written by Max Borenstein, John Gatins, Dan Gilroy, and Derek Connolly, Kong: Skull Island will fully immerse audiences in the mysterious and dangerous home of the king of the apes as a team of explorers ventures deep inside the treacherous, primordial island.

The film will be distributed worldwide in 3D and IMAX 3D by Warner Bros. Pictures beginning March 2017.