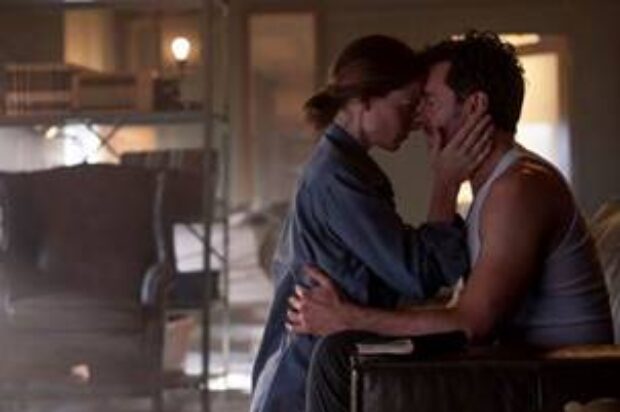 FILM REMINISCENCE
STARRING HUGH JACKMAN, IS IN CINEMAS FROM AUGUST 19, 2021

From writer/director/producer Lisa Joy comes Warner Bros. Pictures’ action thriller “Reminiscence,” starring Hugh Jackman, Rebecca Ferguson and Thandiwe Newton.
Nick Bannister (Jackman), a private investigator of the mind, navigates the darkly alluring world of the past by helping his clients access lost memories.
Living on the fringes of the sunken Miami coast, his life is forever changed when he takes on a new client, Mae (Ferguson). A simple matter of lost and found becomes a dangerous obsession. As Bannister fights to find the truth about Mae’s disappearance, he uncovers a violent conspiracy, and must ultimately answer the question: how far would you go to hold on to the ones you love?

This is a film that attracted Hugh Jackman to the impact of reading the script and recalls the meeting vividly when left the script by Joy. “What attracted me beyond working with Lisa, I think, was a movie that felt so original. I think audiences more and more are going to the movies to see something they haven’t seen before. To be immersed in a world that they don’t know. They want to go on a journey that they don’t expect, and this is what you get with this. So, the world of the film really was exciting, but I think it was the originality and the fact that I had no idea where the story was going. And just when I thought I’d worked it out, I would get a massive surprise. The story would zig and then it would zag and had one of the best endings I’ve read in a script for a long time.” 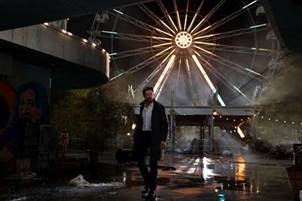 Producer Jonathan Nolan—co-founder with Joy of Kilter Films—remembers his first reaction to the script: “I read it and I was completely astonished. She had referenced some of my favorite movies, film noir and the classic, richer movies, when you could really play with questions of character, fate, memory… She’d taken all of those ideas and turned them on their head, inside out. Blown them to pieces and reassembled them in this breathtaking way. She sold the script. Then, after a couple of years of gentle prodding from her friends and me that the best director for the project would be her, with her usual incredible precision and dedication, she set about bringing it to life.” 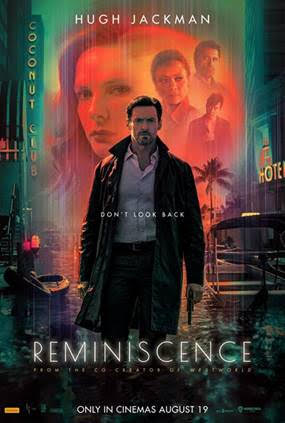 Actress Rebecca Ferguson who plays Mae also relished exploring all of the facets accorded to Mae, as well as the labyrinthine world through which she maneuvers: “Lisa Joy is a highly intelligent human being and I think she uses all the instruments she has to create her work. And I don’t know how her mind works. I don’t know how she knows when to play the bloody harp or the flute or the bass or the cello, but I sometimes feel like I don’t want to question it. It works. And it’s impossible to shelve the film as sci-fi, or anything else. There are so many levels to it. For me, there’s so much drama and emotion in it. It’s a thriller. It’s suspense. It’s character. The sci-fi bit is a generator to move us into different spaces and to different areas of drama. There’s also this wonderful sense of film noir, old-school cinematography feel to it. And this world, it’s this broken beauty.

The core of the movie is about memories and Lisa Joy has succeeded in impressive filmmaking with a great cast.