cinama The Retaliators thriller horror by Caroline Russo | on September 11, 2022 | 0 comments | in Film Release & Reviews | Like it 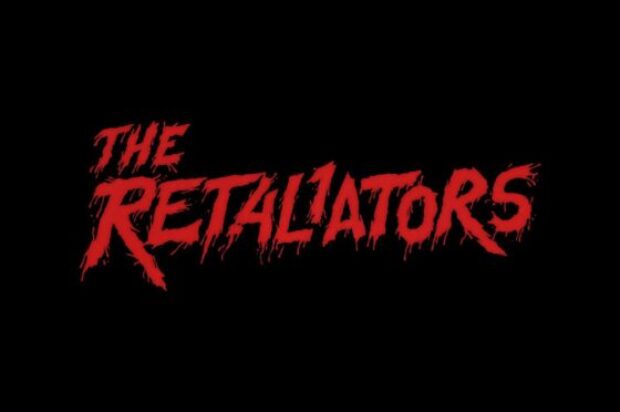 The Retaliators has been teasing audiences for quite some time. Dropping tracks from a soundtrack that features some of the biggest names in rock, the early release of a teaser trailer to its first official trailer release. I feel like I can safely say that we have a new cult classic on our hand. Jointly directed by Samuel Gonzalez Jnr (The Springfield Three,) and Bridget Smith (Sno’ Babies,) and starring Michael Lombardi (Last Knights,) Katie Kelly (Game of Silence,) and Marc Menchaca (Ozark.) The Retaliators may not be something we haven’t seen before; it does shine a new light on the revenge thriller genre.
On the surface The Retaliators may not sound like a horror film to you, and you’d be right, the horror elements don’t really make themselves known until the third act. The joint directing team take this film into some dark places of the human condition, it has plenty of hardcore moments that will leaves audiences breathless thinking ‘this is immoral,’ but also wondering if they were pushed to the same limits if their loved ones were taken away.

This twisted tale of revenge centres around preacher Bishop and his family and the issues they face after the death of his wife. Tragedy strike again when eldest daughter Sarah is murdered by a sadistic drug dealer. It takes the audience on a thrilling ride that questions the characters morality and having to deal with the repercussions of choices and how these choices affect others. As the story progresses the revenge thriller takes a drastic turn in the third act where the real horror elements come through. I don’t want to give away where the film goes from there but if you can’t stomach horror and some moments of extreme gore, I would suggest sitting this one out.

This is a film that will repulse certain members of its audience with its thought-provoking plot written by first time screen writers Darren and Jeff Allen Geare. The Retaliators script does an excellent job at making the audience relate to what we can see on the screen and feel the pain, psychological and physical, of the characters. Michael Lombardi’s acting is outstanding, he really makes you feel for his character. Taking on a role that forces him to go deep inside a character that is seduced by the light and the dark, the audience may not agree with his choices but you accept why he makes them.
The inclusion of some of the biggest names in rock as part of the film’s publicity might leave some diehard fans a little disappointed as these cameos and very minor roles, including Tommy Lee as a DJ in a club, members of the band Five Finger Death Punch as members of a bikie gang and Jacoby Shaddix from Papa Roach in the films biggest cameo as a murderer in a flashback.

The interesting choice the way this film syncs from revenge thriller into horror is done well, yet it does seem a little out of place. Once the horror elements start it leans into it very quickly and takes the audience unexpectedly. While these horror elements were entertaining, for me it lost the intelligent storytelling that built up to the films climax. There are times where the films editing comes across that you’re watching a music video rather than a film. This choice ay be entertaining, but I did find it a little out of place and it did take me out of The Retaliators world.

Overall, The Retaliators delivers a fun blood-soaked revenge story that may not make a lot of people’s Top 10 Lists, it will become a cult favourite alongside Studio 666 and Bloody Hell. With enough gore to satisfy the horror fans, and a story that will keep the revenge thriller fans excited with strong story telling. It is a sick and twisted ride into morality and will ask its audience ‘What would you do?’