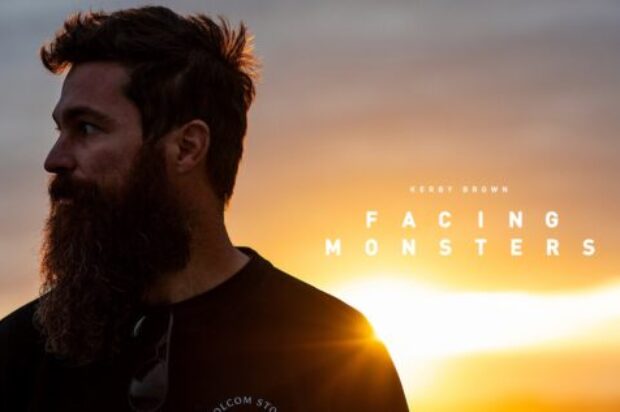 Facing Monsters digs deep into the psyche of enigmatic West Australian ‘slab wave’ surfer Kerby Brown, a man whose connection with the ocean runs as deep as his love for his family. This film is far more than just a surfing story. It’s an unapologetic musing into the essence of Kerby and his family as we join them on his quest to ride a ferocious slab wave in the deep southern ocean that no one on the planet has surfed before. It’s a film about fear, addictions, and family bonds as we explore what drives Kerby, what anchors him and why he’s obsessed with pitting himself against one of nature’s most intimidating forces.

The impact of watching a film like this and you do not need to be a surfing fan as this is a film that will inspire you, shock you, and thrill you at the same time and be in just amazement of Kerby Brown. He is no doubt like an Aquaman of the ocean as he loves, lives and breaths the depth and danger of riding the monster waves.

Alongside Kerby connection to the ocean is his brother Courtney who are united in such brotherly love and devotion to each other and the journey is just an outstanding bond, as well as to the rest of the family. My heart was thumping and my eyes were wide open while watching the cinemascope and how they captured the moments is just amazing. Filmed by the very talented Cinematography Rick Rifici (Breath, Blueback) the footage of the Southern Ocean and the thunder of its deadly monsters are the most death-defying scenes to watch. Only can be seen on a big screen to justify the filming.

The film will hit the cinemas nationally in February 2022.