Film Industry Saddened By The Loss Of John Politzer 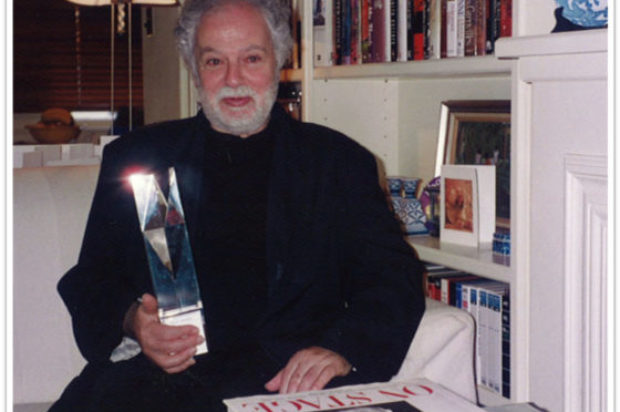 With great sadness we have learned of the passing on March 8 of much-loved industry statesman John Politzer.

Pictured above (with his 1999 AFI Raymond Longford Award), left (with friend Noel Collier) and below (with industry colleagues and friends), John was many things to many people: a talented and generous professional; a bold and intuitive film programmer; a great champion of Australian films, a loyal friend and a remarkable, elegant, erudite man.

John started working at 20th Century Fox in the late 50s and moved to Village Roadshow when Greg Coote lured him into Distribution. John then made his foray into Exhibition, working for Greater Union from 1979-1995 as Programming Manager. 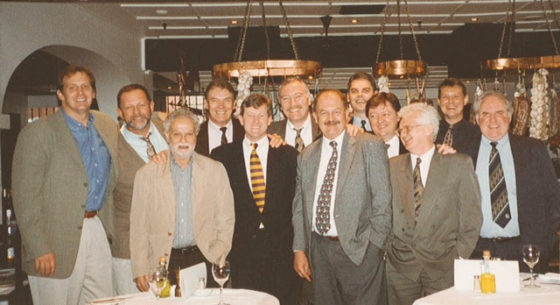 His love of and commitment to Australian films and the local industry was extraordinary. John secured screens for Australian films so producers and distributors could be confident of strong, wide releases and was a passionate advocate of the films Sunday Too Far Away, Caddie, Fran, Kitty and the Bagman, Praise and Strictly Ballroom to name but a few.

John’s initiative and support for Bliss, in particular, saved the film from obscurity and launched its amazing six-month record-breaking season at Sydney’s Pitt Centre.

His contribution to the Australian industry during that flourishing period cannot be underestimated. He consulted to many distributors and greatly influenced the films bought for this market.

In 2012, AIDA honoured John with the Independent Spirit Award at the AIMC, given annually to an individual who has devoted much of their lives to Independent Film, whether in exhibition, distribution, production or associated areas.

John was unable to attend, but the award was presented by the 2011 award recipient, Bob Parr OAM, and accepted by Fiona Nix, Director of entertainment PR consultancy NixCo, a long-time and devoted friend.

Bob Parr said on the night: “John is an amazing man who brings incredible style and glamour to our industry, as well as generosity of heart.”

True words indeed. Johnnie P will be greatly missed by many – RIP.