FILM ……NO TIME TO DIE WORTH THE WAIT 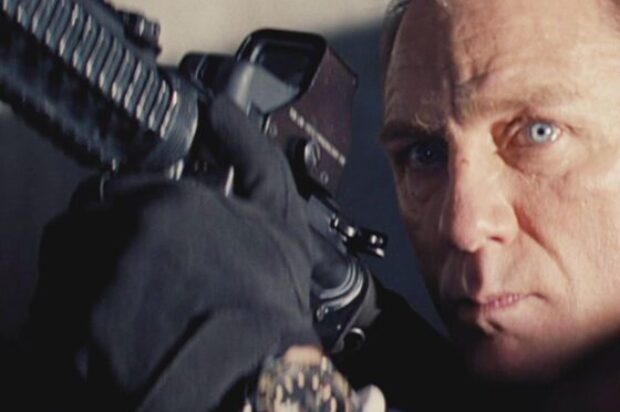 NO TIME TO DIE

Inside the filmmaking review. 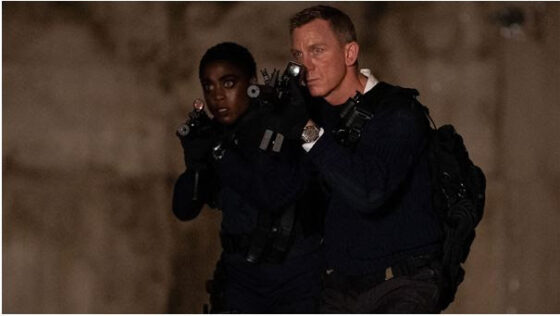 This pre screening would have to be one of the most exciting ones that you could be at and the buzz was sure one at Reading Cinemas Newmarket for “No Time To Die”. It’s been 2 years in the waiting room and now Australia’ is about to see this epic long film when it has the national release on November 11th and what is of course the last hooray for Daniel Craig.

We are not about to give out the spoilers as I have avoided myself for the last month. From the start of Casino Royal, most Bond fans fell in love with or felt Craig was the Bond we had been waiting for. His arrogance and style and falling in love and complex ways to deal with authorities’ plus not to say his charm and good looks and how he succeeds in the end game have been a recipe of success for the franchise.

Where once the James Bond films played as separate adventures, linked by characters both malevolent and benign, EON Productions wanted the Daniel Craig series to unfold as a unified whole. Quantum Of Solace (2008) picked up immediately after Casino Royale (2006), which had tracked Bond’s initiation into the life of a double-O agent. Skyfall (2012) slotted into the series to reveal important aspects of Bond’s early life.
Now, the 25th film in the EON series, No Time To Die, begins in the aftermath of Spectre (2015) where the film’s conclusion saw Bond (Craig) and Madeleine Swann (Léa Seydoux) drive away in the Aston Martin DB5.

When Bond makes his first appearance in No Time To Die, he and Madeleine are in Matera, a rocky, hilltop city perched atop Southern Italy. According to series producer Michael G. Wilson, the narrative was always going to pick up with the Bond and Madeleine relationship. “The question was when,” he says.
Fellow producer Barbara Broccoli explains: “There was the debate on how we continue telling the love story and explore the themes that have become so pivotal across the Daniel Craig movies.”
“With No Time To Die there was a strong story to finish off, lots of loose ends to tie up,” says Craig. “I think we have managed to tell that story and get everything rounded up.” 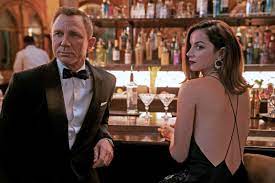 To tell this story, the filmmakers turned to visionary filmmaker Cary Joji Fukunaga (Jane Eyre, Sin Nombre, True Detective), who stepped in after the production parted ways with director Danny Boyle. Michael G. Wilson and Broccoli had long admired Fukunaga’s work as both a writer and a director and first met the filmmaker in New York shortly after the release of Spectre.
Fukunaga is the first American to direct a Bond film. “I think that all Cary’s films are incredible and he is able to work in any kind of genre,” explains Michael G. Wilson, “and he is also a wonderful writer.”
Being James Bond

The action that displays has Fukunaga look at very specific approach to shooting action — directing the second unit himself on previous films — and ensured that every sequence in No Time To Die propelled the narrative, providing key emotional beats as well as nerve-jangling thrills.
“It is always important to put Bond in an impossible situation that he has to try and get out of,” says Fukunaga. “But with the action it cannot just be Bond going from point A to point B; something else has to happen in that sequence.”

“There’s a motorbike chase right at the beginning, which is like a little amuse-bouche for the car chase sequence where Bond is driving the DB5,” he adds. “It does everything that Bond’s DB5 should do, and we do it all against the incredible backdrop of Matera.”
To shoot the Matera sequence, the filmmakers used two classic DB5s, which have an identical finish. For the majority of the close-up shots with Bond and Madeleine entering and exiting the car, the production used the EON-owned vehicle that featured in GoldenEye, Tomorrow Never Dies, Skyfall and Spectre. All the stunt work, meanwhile, was shot with eight bespoke DB5 stunt replicas built specifically for the production by the engineers at Aston Martin.
Two of the eight vehicles were built as gadget cars to house the smoke screen, the mine dispenser and the machine guns. Of the remaining six, two more were fitted with pods that allow the stunt drivers to control the car while sitting on the roof. This ensured that the actors could be filmed inside the car when it drives at high speed.

This is pure excellence in my views and full throttle from start to finish. It is long but does not miss a beat and you have to go and find out the outcome if Bond dies or survives.

This will be classed as a worldwide success for what is the end of another James Bond figure as to Craig leaving but the five films he made built a stronger audience to watching the Bond films. Now to the fact who will be the next one will be hard shoes to follow.

Review Caroline Russo MUST MUST SEE